Josie, my mom, and I met up with my brother, sister-in-law, and Baby Benjamin (as we call him in our household) in DC yesterday for a morning at the Natural History Museum. It has been raining here every day for two weeks, so we decided to go to the museum rather than the zoo, as was the original plan. The weather was absolutely beautiful the whole morning, though, so it was perhaps a better day for the zoo, but given the light crowds at the museum, maybe other people had the same idea ;)

This was the first time Josie has ridden the metro in over a year, and she was just as excited (if not more so) than the first time she rode the "train". 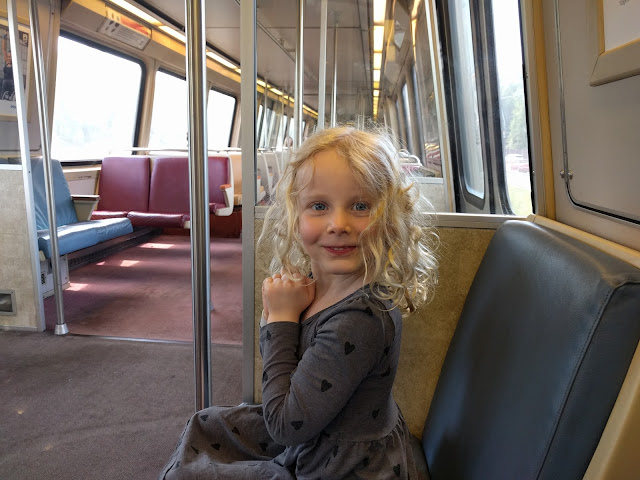 Josie was vaguely interested in the Washington Monument, saving her enthusiasm for what she has named "The Leader's Castle": the Capitol. She really wanted to go there instead, but I told her it's just a fancy office building where people work, which was the first instance of the day (followed by many, many more) where telling her the truth was maybe more harsh / boring than I needed to be with a 4.5-year-old ;) 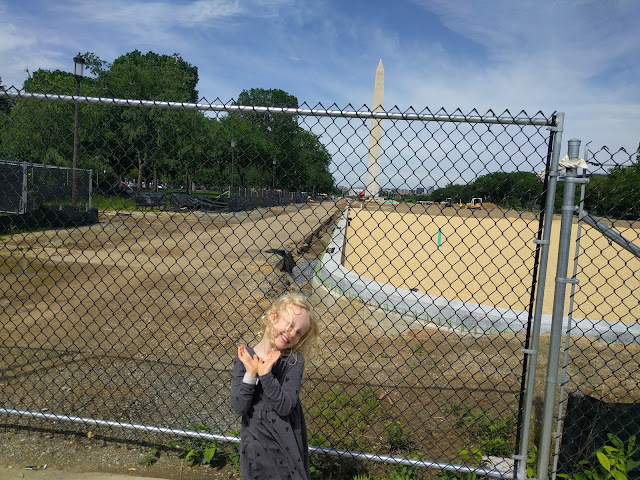 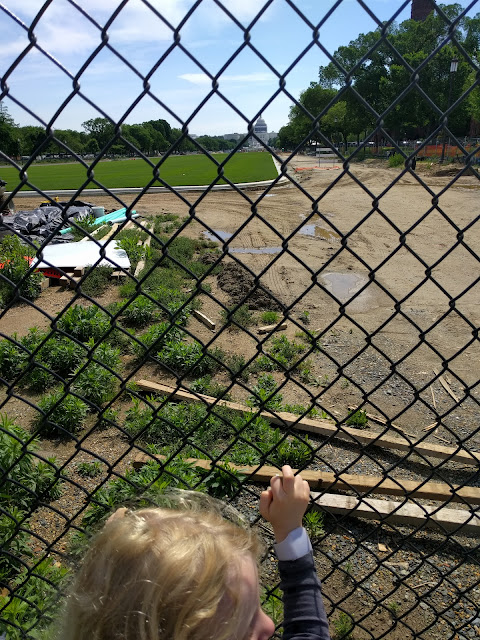 We then went into the museum, which was almost instantly awe-inspiring and a bit overwhelming for Josie. She wanted to start with the ocean life section, which I was fine with since the giant squid is one of my favorites ;) As we were talking about the different animals, I inexplicably related everything back to what I had eaten before (monkfish, eel), which maybe rubbed off on Josie too much since she watched the fish swimming around in the aquarium a bit before declaring that they were beautiful and she wanted to eat them.

We went through the museum fairly quickly - with Josie exclaiming "Wow!" at just about everything - but she was still flagging towards the end. She perked up again once we saw the insect section (I think it helped that they were actually still alive!), and she actually held up quite well given how much walking she did. 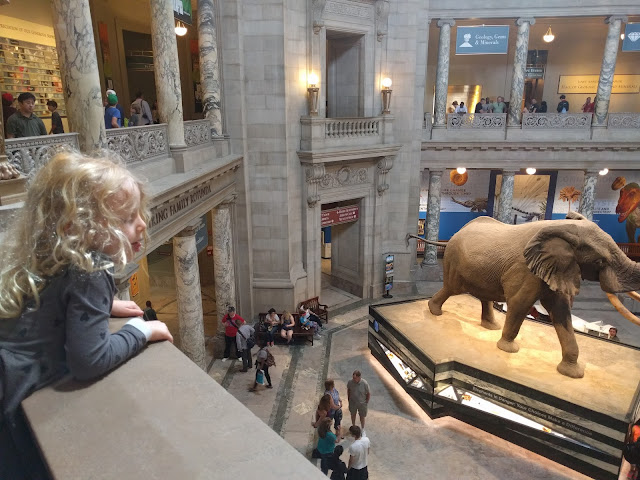 We walked over to the National Gallery of Art Sculpture Garden to eat lunch (ok, Josie hitched a ride in Benjamin's stroller for this part), where we had a perfectly lovely lunch outside. Josie tried a tuna fish sandwich for the first time, which was not a hit, and split a cannoli with me, which (predictably) was a hit. 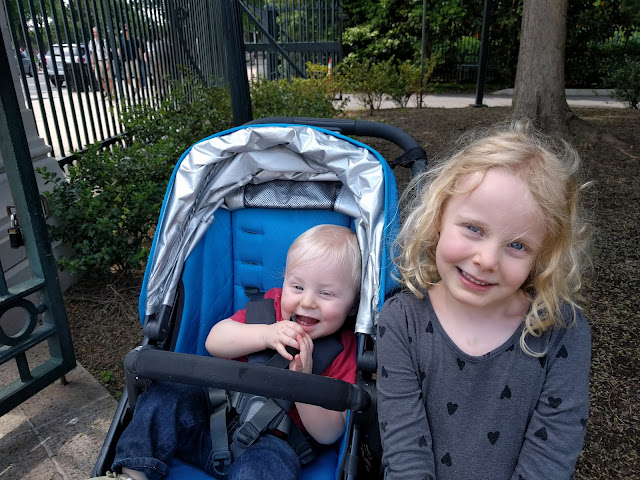 Then it was time to head home, where our metro car had to have been at least 85 degrees, which didn't do any favors for my (or, to a lesser extent, Josie's) motion sickness. We narrowly made it back without having to get off at an earlier stop so that I could recover, and then Josie passed out in the car on the way home, which always helps. Based on later conversations with her, she did have a good time at the museum, but all the new things to look at were a bit overwhelming to her. So I'm glad we kept it short for her first visit, and we'll see how she does when we go back to DC this summer for the zoo :)
at 9:11 AM No comments: