I'm clearly behind on things again, so maybe I'll have Josie's kindergarten graduation pictures up by time the next school year starts ;)

So the week after we got back from Michigan back in May, we went to the Baltimore Aquarium for my mom's birthday. The girls were pretty excited about their first trip to a full-fledged aquarium, and I think my favorite parts were petting the jellyfish, seeing all the different kinds of jellyfish there, and... really, anything related to jellyfish. 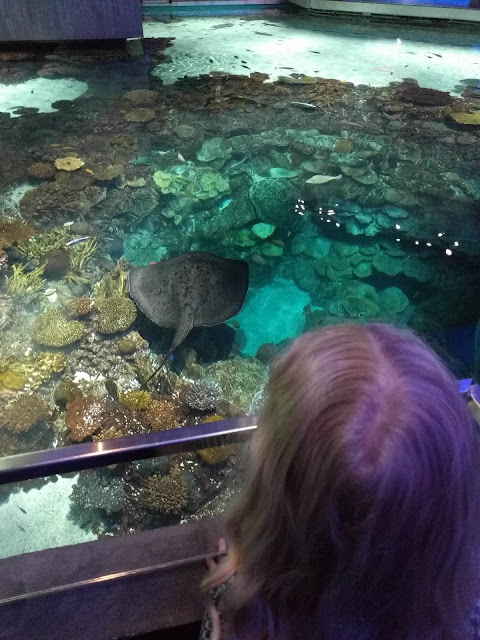 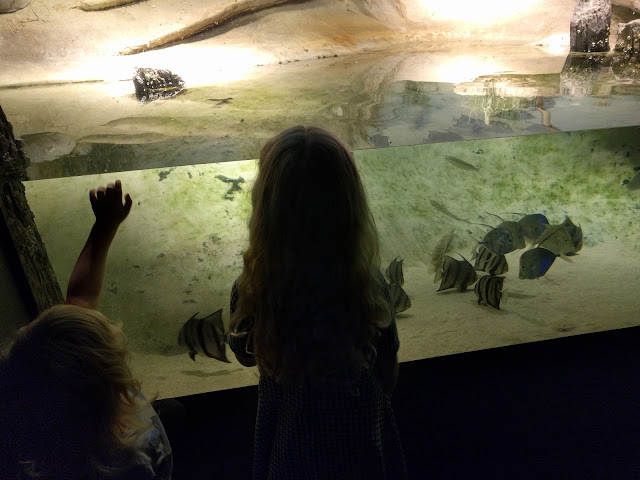 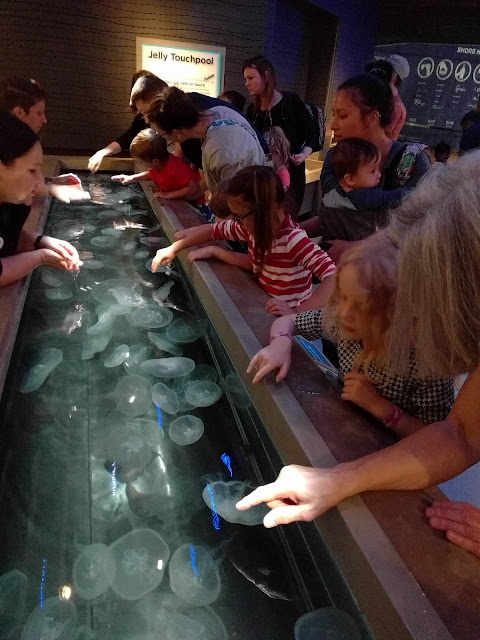 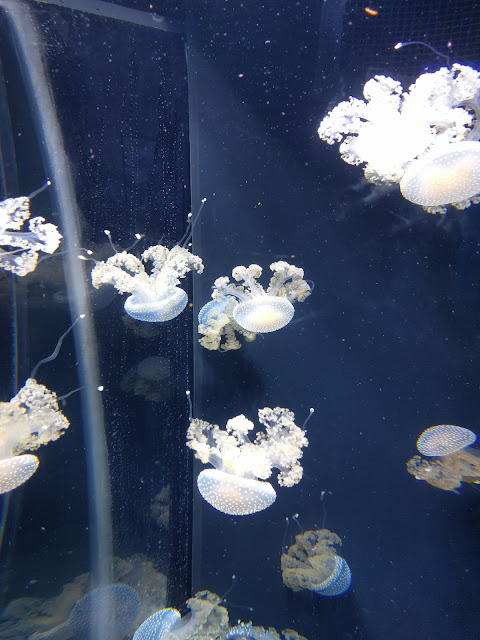 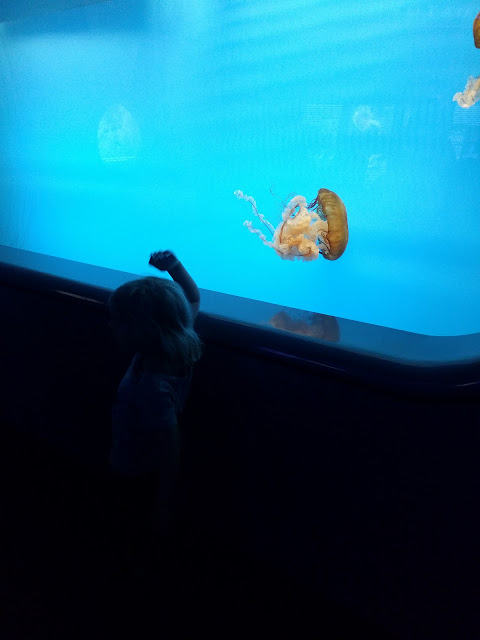 The next trip was to head back to Lancaster, PA to go to Dutch Wonderland with our friends. Their two girls are close in age to Josie and Audra, so it worked out really well for the big girls and the little girls to pair off for the rides. The plan had been to drive up Saturday, go for the 3-hour "preview" that's included in a 1-day ticket that evening, and then go back to the park on Sunday from opening time until 3ish before heading home.

After the weather forecast showed some nasty weather expected for that Sunday, though, we made a quick change of plans and drove up Saturday morning instead and just went to the park the one day, from just about opening time to just about closing time. I actually think it worked out much better that way, since it was nice to just spend most of a day there without breaking it up over a couple of days (assuming we could have motivated ourselves to go back twice in two days anyway), and then we still had a good chunk of the day to get everything in order for the week once we got back on Sunday. I'm realizing how much more I like to come back from vacation at least half a day prior to a work day, so a vacation that ends on a Sunday morning and doesn't wring out every last second of available vacation time is fine by me ;) 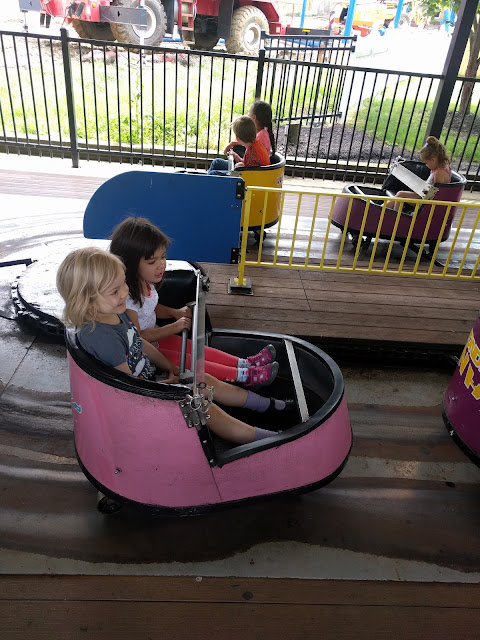 [The inaugural ride for the littles] 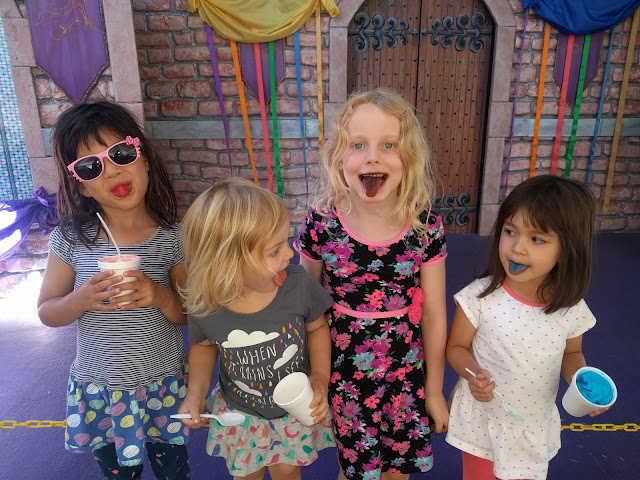 [Sno-cones were a highlight of the day] 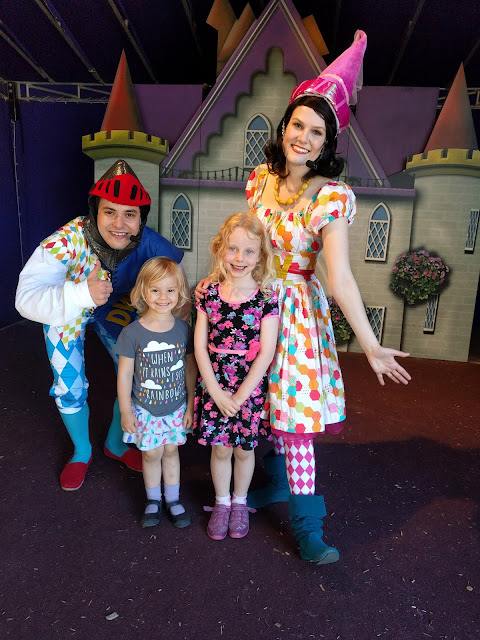 Since Josie and Audra loved the water show so much our last visit, we made a point to do it again this time. It really is a lot of fun, and I'm pretty sure even Ryan chuckled on occasion. 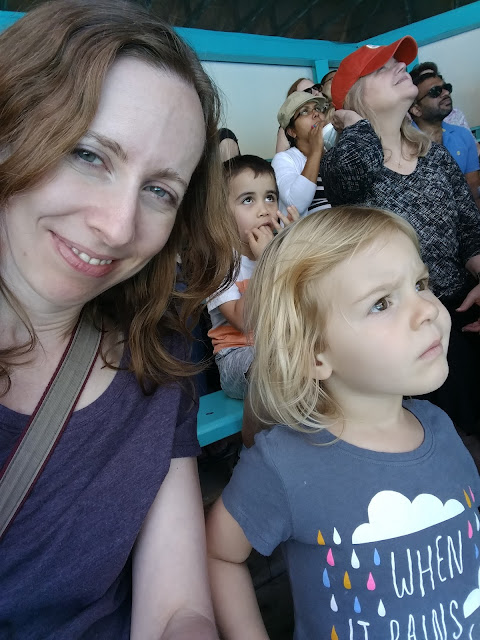 [Pardon my goofy smirk, but Audra's facial expression - and concerned brows - were too cute] 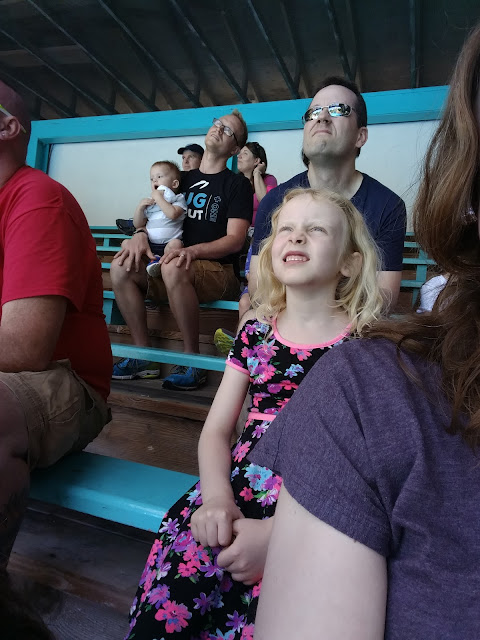 [Despite the squinting, Josie's vision is apparently 20/20... for the moment]

Audra begged to get to ride a real horse, so I forked over some ridiculous amount of money (more than $3, which is what I would have been good paying) for her to be led around for 5 minutes... but then it seemed worth it after seeing how excited she was. I say I don't want the girls to get into horses due to the time and money required for that particular hobby, but I also still refer to 2002 as the year I "retired" from horses... and see where I am now. Not quite as horse crazy as before, but 30 years in, I'm still riding (albeit less frequently) and it's still my happy place. So we'll see - the plan is to assess the potential of starting lessons for the girls after they each turn 7. My money's on Audra being the one who gets bitten by the horse bug :) 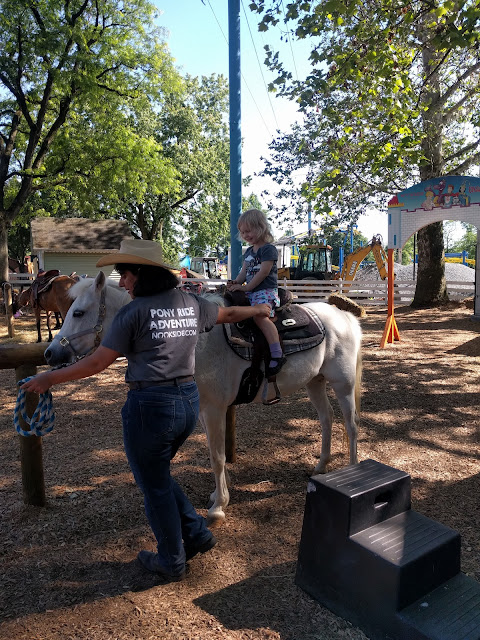 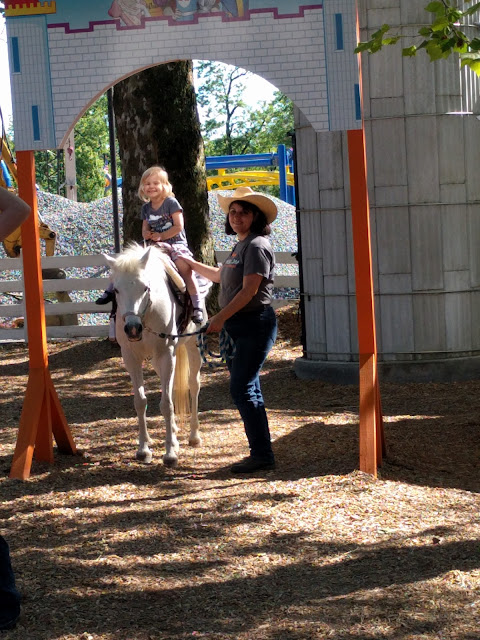 Although the girls were still holding up pretty well by the end of the day, the adults were fading a bit... especially the guys. So we called it quits around dinner-time, and headed out to Ryan's choice: Lancaster Brewing Co. It turns out a brewery with kids' menus was exactly what we needed to end a fun weekend :) 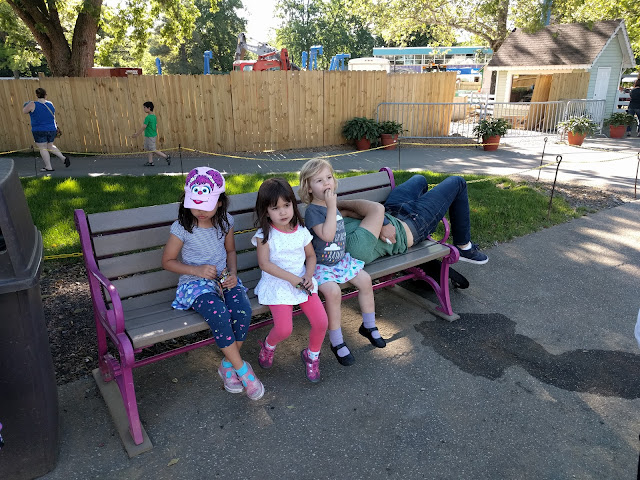 [Ryan was mostly awake here, and at least in the vicinity of the girls - so that still counts as quality family time ;) ]
at 10:13 PM