February was a fun month, as we tried to fit in all sorts of activities that we were anticipating we wouldn't be doing again anytime soon, once the new addition arrived :) So we ate out like it was our job, and Josie suddenly realized that she really enjoyed eating out too, asking quite frequently if we could go eat at a restaurant (which is super adorable when she says it). We also survived another snowstorm, which had an added level of stress since we were trying to juggle work and watching Josie (since her school was closed), AND we were hoping the baby wouldn't decide to come then too. 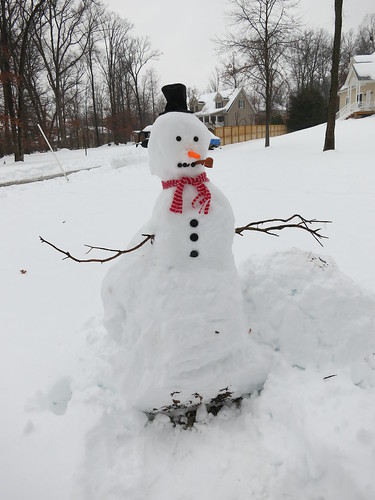 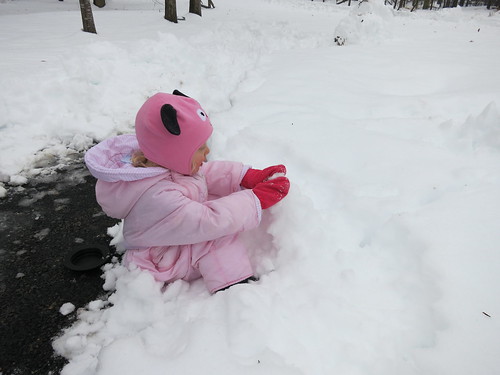 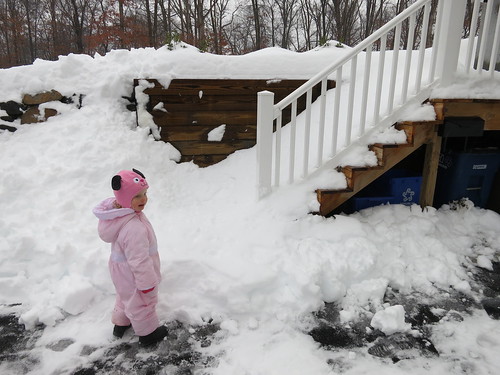 [Contemplating how she'd get up the stairs]

And then the next weekend was beautiful out again, so we pretended like spring was finally coming as we took a walk down to the river for snack time. 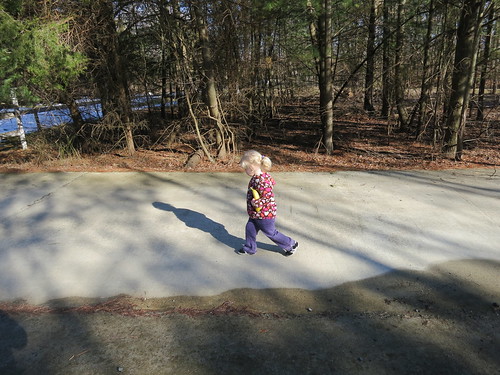 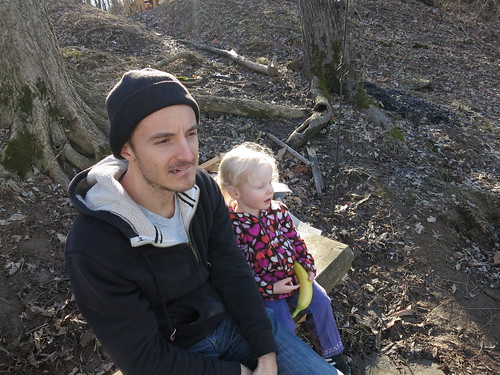 We went to a birthday party at an indoor water park for one of Josie's friends from her old daycare. As it turns out, Josie really likes swimming too. She kept asking to go swimming again when we were getting ready to leave, and even tried to trick us by saying that she wanted to walk now as we were going to the car, and then promptly turned around, saying "walk this way" as she tried to head back to the rec center :) 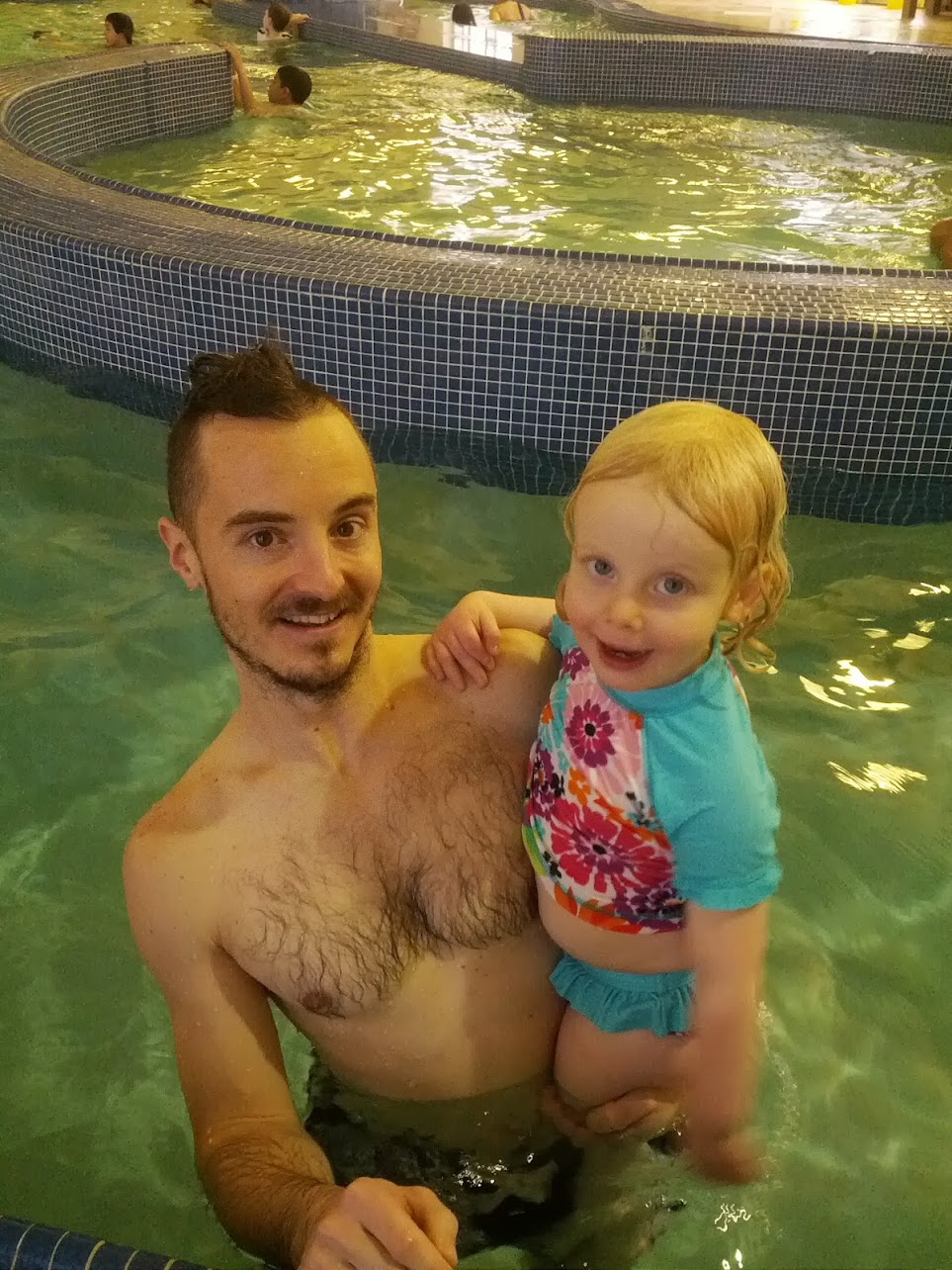 We also took advantage of Parents' Night Out for the first time at Josie's preschool. So although I was worried that Josie would be upset about being left at preschool for a few hours longer, I apparently had nothing to worry about. We got to eat out at one of our favorite restaurants, and then got to deal with a massive, hysterical fit with Josie when we got home since she didn't want to leave school, and then we capped it off by not giving her the precise number of ice cubes she wanted in her water :-\ 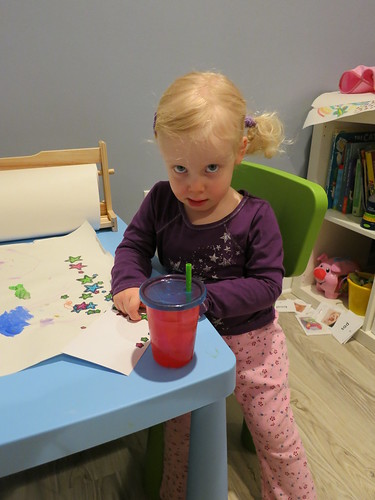 [I feel like she's giving me this face a lot lately...]
Josie finally got the rest of her baby teeth in now too - three molars at once, which she did awesome with. She also went to her first formal meeting, as we met with county staff to discuss some projects that will be affecting our neighborhood. She did very well and sat mostly quietly for almost two hours - although she did work on perfecting her fake cough and fake sneeze, claimed things were funny that weren't intended to be, and got some giggles from our neighbors as she joined in for some clapping... after everyone else had stopped :)

Josie's drawing and coloring has been rather impressive lately. I'm not sure what other 2.5-year-olds are doing, but we're pretty blown away by her at least. I'm pretty sure she stays within the lines better than I do at this point ;) We also decorated Valentine's Day cards for her teachers and friends at school, and she did an awesome job with adding flowers to her teachers' cards, and then drawing and putting stickers on each of the cards for her friends. 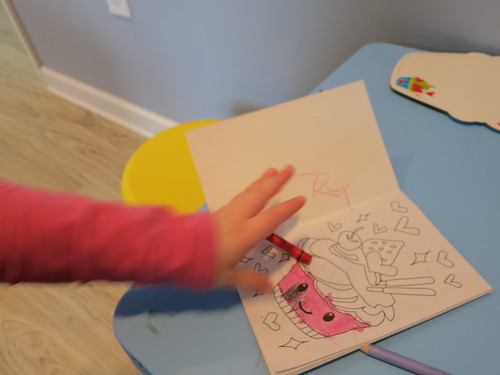 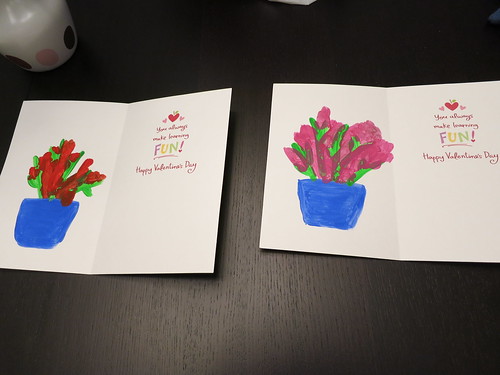 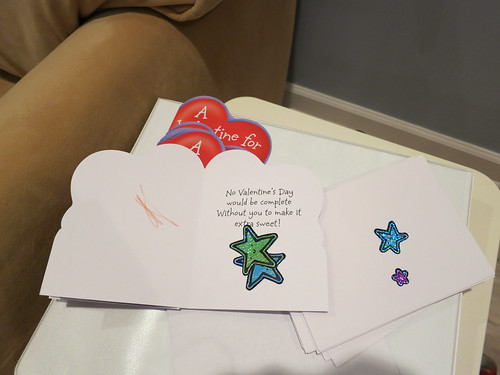 Josie has also been full of ridiculousness lately. For a while, she was enamored with dancing around in a skirt she'd put on after school, and once she asked me to get out of her room so she could shut herself in there and sing and dance to herself in the mirror (despite telling me that she was not going to do that). She also yelled "You're a yucca! I'm a big girl, I'm a big sister!" I like to think that this was apropos to nothing, but I probably baited her by telling her she was yucca ;) I apparently call Ryan by his name a little more than I realized, since Josie now knows that Daddy's other name is Ryan, and she's not afraid to use it. And despite not really being scared of anything before (except for not being too sure about the vacuum), she has decided that she is scared of Roomba... and my armpit. This involves her telling us that she is scared of these things, and then giving a dainty little shriek when faced with them. Silly girl.