After the initial success of our "stop Josie's finger-sucking" campaign, April was marked by some setbacks, as Josie switched from her finger (which we had been taping to help remind her not to suck her finger) to her thumb, which she then refused to keep taped. She wholly stopped sucking her finger/thumb during the day, which is great, but then she seemed to just stop trying for nap and bedtime. While she tried to hide it at first, eventually the excuses started pouring out: she sucked her thumb at naptime because her friends were talking, then because she was talking, and then because her baby doll was talking :-\ So not only was she sucking her thumb, but then she wasn't napping, so we had more moody evenings filled with meltdowns. Sigh.

So, as I mentioned in Audra's 14-month update, we had Easter at our house again this year. Josie helped me dye eggs for the first time, and while they may not be Pinterest-worthy, they were fun to do together and we liked them :) We used those as part of the table decorations, along with some little napkin bunnies I had made (ok, those were from Pinterest ;) ). She did a good job hunting for her eggs, and at least this year she didn't insist on eating all of her food from eggs for the next week ;) 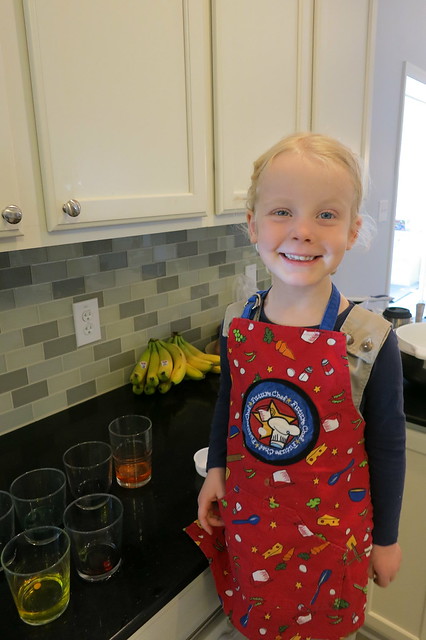 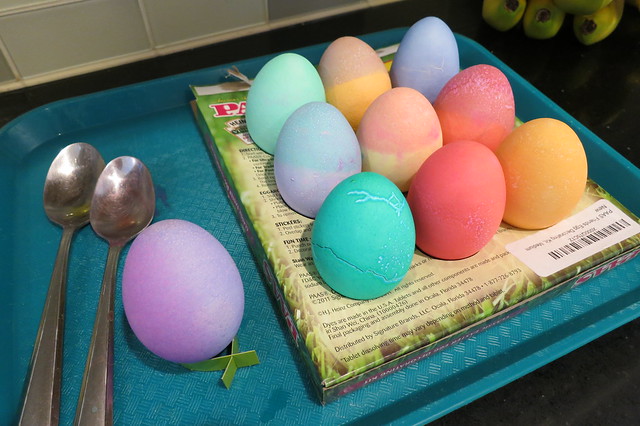 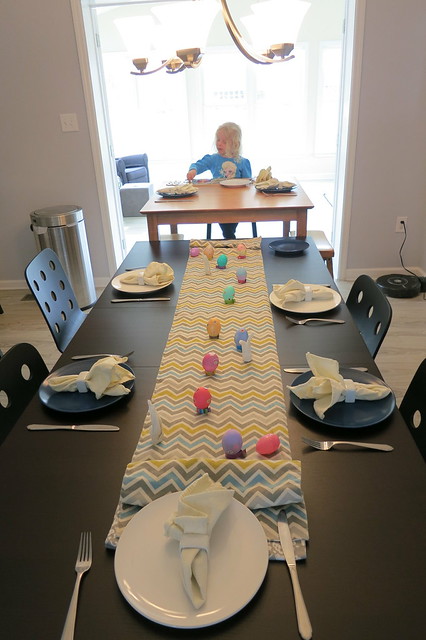 We are tentatively restarting Mommy/Josie outings, although we're trying to keep it more low-key this year so they will probably be more spontaneous than the planned outings last year that I loved but always seemed to stress me out. So Josie and I went to the local farm where we get our meat now, and we had a good time walking around and seeing all the animals. Josie was super excited about the animals (particularly the cats), and we pet the cows and the horses, got closer than I've ever been to a tom turkey (turns out I'm a little intimidated by them), and shared a nice little snack of a scone and San Pellegrino Limonata (Josie's choice, although she found it quite "spicy" ;) ). All of that, and yet I found it funny that the only picture I took was this one: 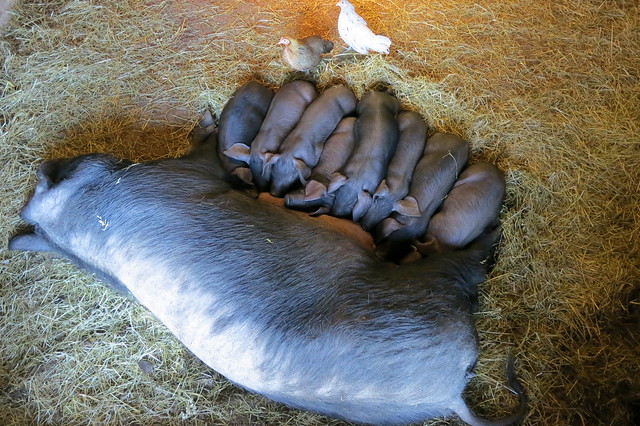 This is perhaps a bit cheesy, but I was surprised at the sense of kinship I felt with this hardworking mama (although I'm only feeding one!). I was cooing "oh, look at the babies!" in such a reverential tone that I think Josie was more than a little bit confused. ;)

Josie does tend to be very perceptive though. I read something that I found really moving (this, believe it or not), and I was perhaps tearing up towards the end, and she immediately noticed when I looked up and she asked me why I was sad. So I tried to explain that in addition to sad crying, mad crying, and happy crying, there's crying when you're so touched by someone's connection with an unexpected friend on the other side of the world -- all because of a stolen cell phone -- that you get a bit verklempt ;)

Josie's language skills just seem to be so much more complex again. She seems to be understanding more that the order of the letters in a word matter, especially one morning when she kept rearranging letters that spelled out "Olaf". I would read what it said and then tell her if it was a word or not (spoiler: most weren't), and I could almost see the light bulb go off for her as she kept rearranging and I kept trying to pronounce the results. She has also really been into counting lately. We counted to 100 (repeatedly) for nearly the whole (20-some minute) drive back home from the farm. I didn't even realize she could count that high until that moment (she tends to hold back a bit more at home, I think), and she did really well as long as I took the evens and she got odds, since the tens would still trip her up on occasion.

Josie continues to be a silly, fun kid. Her favorite words to describe others are "silly goofer" or "silly goosey". She had some big belly laughs one day when I pulled her tights off her sweaty foot and it made a rude  noise, so I asked her foot why it farted ;) We've settle on it being ok to use "potty words" at home, but not at school, since otherwise Ryan and I would be getting in trouble all the time with Josie, since we apparently use a lot of words that are considered potty words (which include anything in the construct of "[noun/adjective]head". Well, I guess it's never too early for her to learn the nuances  of code-switching ;)

She asked me to help her paint her car when she's a grown-up - she wants a silver car (which she's going to "flatten" first...?), painted with dark pink, dark purple, dark gray, and dark green. I am noting this here for posterity... we'll see if her tastes change once she's a grown-up :) She now has best friends at school, too... they change quickly, though, as I feel like I'm playing a never-ending game of catchup as she declares one of the kids at school as her "best friend", asks for them to come to her house, and by time the playdate comes around, she's already on to a new best friend she wants to come over. It's so cool to see the friendships blossom, though, and although Josie used to be slower to warm up when she'd first get to school, saying she needed more time before she could handle talking to her friends, she will now squeal and even hug her friends back :)

Since the weather was getting nicer out, we ended up doing a lot more outdoors stuff in April. Josie had fun celebrating Earth Day by planting kiwis and building a fence with her Aunt Alyson. We were finally able to plant out all the berries and fruit trees that had been delivered back in January, I believe. In accordance with instructions, we sheltered them from the wind by putting them in the greenhouse, and got them at least partially in the ground immediately to avoid the roots getting too frozen... and then the next week, we had a bad windstorm that basically destroyed the greenhouse, followed by some severely cold days and enough snow to bury the plants, since they were now no longer sheltered by the greenhouse. So we'll see how many survive in their more permanent locations, although some have even started budding out, so they're not dead yet! 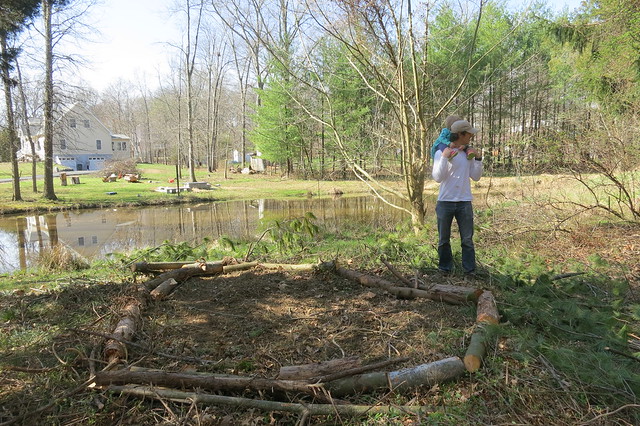 [The bed for the kiwis] 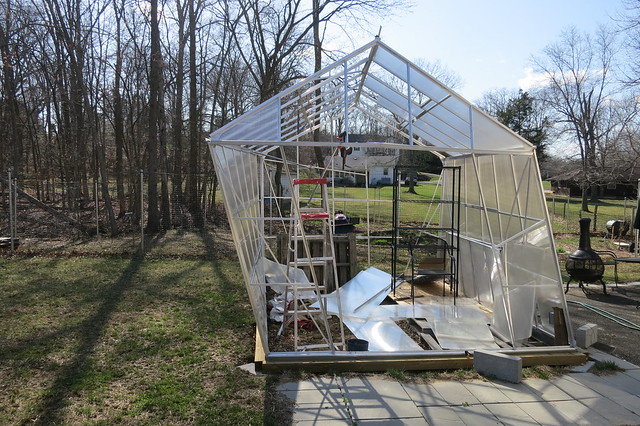 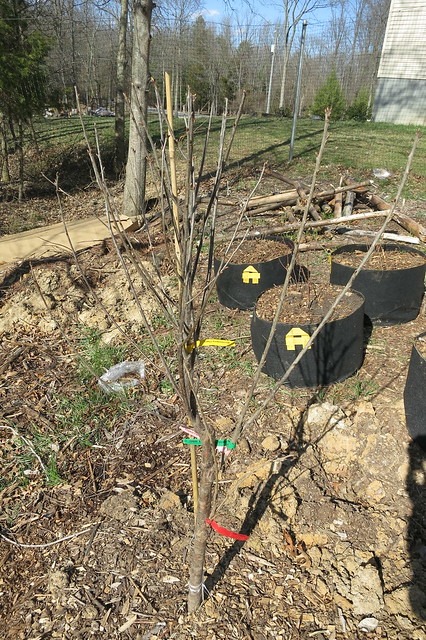 [The (multi-graft) cherry tree, and bags full of blueberry plants] 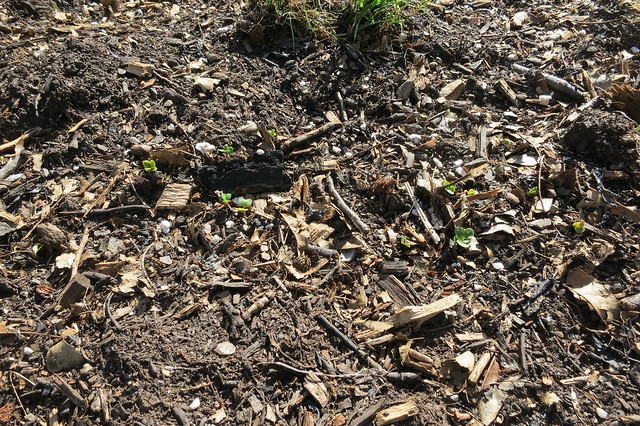 [Kicking off another season of underwhelming pictures of seedlings ;)]

And now that the weather is nicer again, we've also been granting Josie a little bit more freedom by letting her go outside for a little while on her own (ok, I'm still watching from the window, but she doesn't need to know that). She especially seems to like being out in the rain, and has taken some walks down the driveway with her umbrella, or will just swing and swing on her playset. She has also gotten more adventurous by hanging upside-down from the side of Audra's crib before she happily falls into the crib on her head. Josie read books to Audra a few times (which seemed to delight them both), and apparently Josie singing to her or holding her hand in the car are additional ways to keep Audra content :)

And finally, as an update on the work-front for me, just before I was asked to serve as the contracts lead for the integration effort (as mentioned here), I had started applying for other jobs since I had been certain that my function would be eliminated after my company was acquired. So I stopped applying (and withdrew my name from consideration from any companies I heard back from) as soon as I accepted the integration role, since I figured I was set... until I heard back from the one company for the one position I had been most interested in (contracts manager at Amazon). I would have always wondered "what if" if I didn't see that one through, so I ended up making it through multiple rounds of questionnaires, writing samples, and phone interviews, culminating in 4 hours straight of in-person interviews... before I think we mutually decided it just wasn't a good fit (the job sounded great, I just don't have the ability/desire to work more than 40 hours a week). But at least I won't wonder about that now, and the day after I heard back from Amazon confirming I didn't get the job, I went to my director and accepted the management position he had offered me instead :) 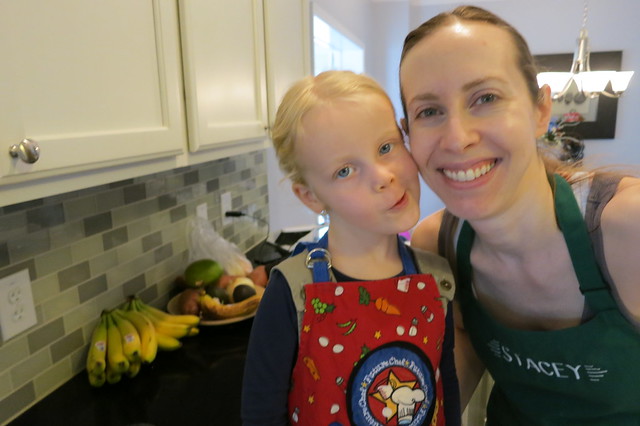 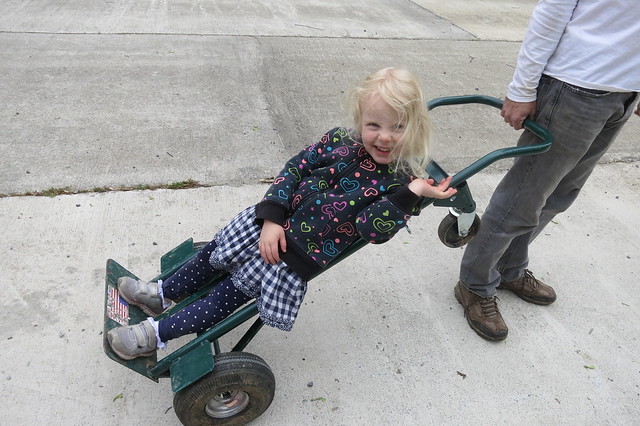 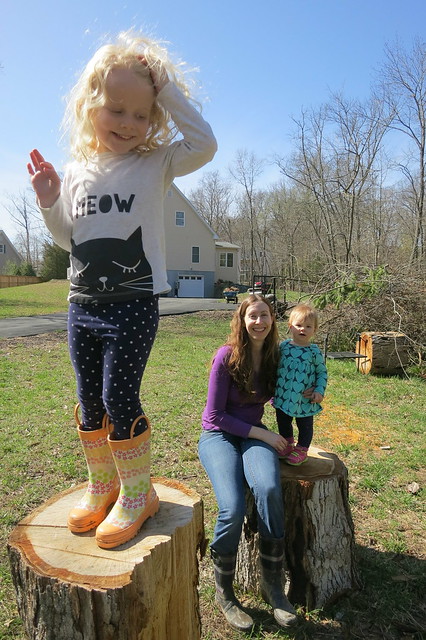 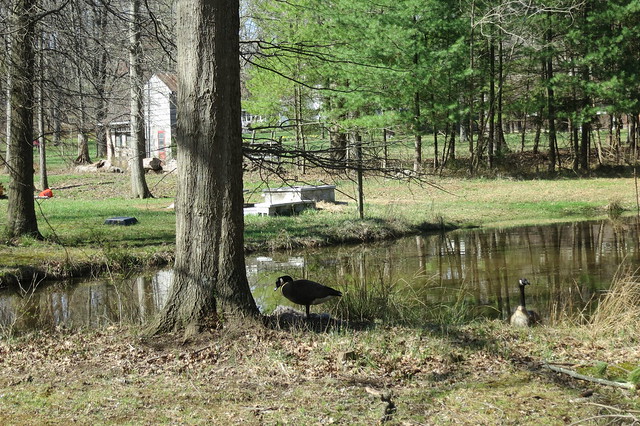