Josie moved up to the Pre-K2 class at school in September. Almost her entire class moved up at the same time, so while it was a different class and teachers, we thought that transition might be easier than normal because the kids were the same. And while transition overall went better in the sense that she adjusted more quickly than she has previously, there were still several days of meltdowns in the evenings, and dropoff not going that well in the mornings. During one crying-filled evening, it came out that while she had napped at school (which is not that common for her anymore), she very sadly told me she wanted to go to Pre-K1, not Pre-K2...  :( 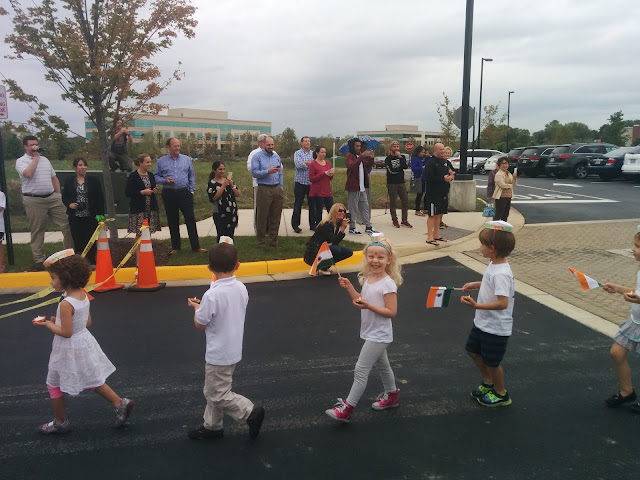 Whenever things get shaken up at school (e.g., new class, new kids), Josie tends to act a little outside her norm at home too, and this transition was no exception. She started backtalking more, and flatly turning us down when we ask her to help, which is very unusual for her. She was also even more sensitive, and seemed to be struggling with doing the right thing when part of her didn't want to. Like the day she took away the egg shaker from Audra and Ryan mildly noted that that wasn't very nice - Josie burst into tears, ran to me to get a hug, and when I asked her if that was why she was crying (since she wasn't offering any other reasons), she said her head told her to be mean and take the egg shaker from Audra.

It's also possible Josie wasn't acting like herself since she wasn't feeling well. She felt warm for several days, although her temperature still showed as normal. But her emotional highs and lows were more pronounced, and in one particularly rough episode, she got upset with me because I didn't let her bring home the evening snack from school. So she kicked and screamed and refused to come with me out of her classroom, and then when I did finally manage to get her to the car, she curled up on the floor under Audra's car seat and cried and screamed and refused to get in her car seat. After a brief standoff, I ended up picking her up and putting her in myself, with more crying the whole way home, although she did finally calm down once Ryan got home. And then the next day, she was back to her usual sunny self, cheerfully and quickly leaving school with me without any issues... although she did do a re-enactment of how she had screamed on the car floor the day before. Even though it was just pretend this time, it was still too soon for my tastes, though. :-\

As I mentioned in Audra's last post, we drove up to Pennsylvania to visit our friends. Josie was so excited about the "tree mountains" we went up and over on the way there (they are indeed mountains covered with trees, although I suspect Josie thought it was the trees themselves that were so tall, rather than the ground in which the trees were growing). Josie had a lot of fun playing with the boys, even with them playing a little rougher than she's used to... although that may have been the price she was willing to pay to get to play on the tire swing ;) She just loves tire swings (even when they make her motion sick). We also went to a lake where the water was pretty shallow for quite a ways out, so she was having a great time being able to play in the lake without me. 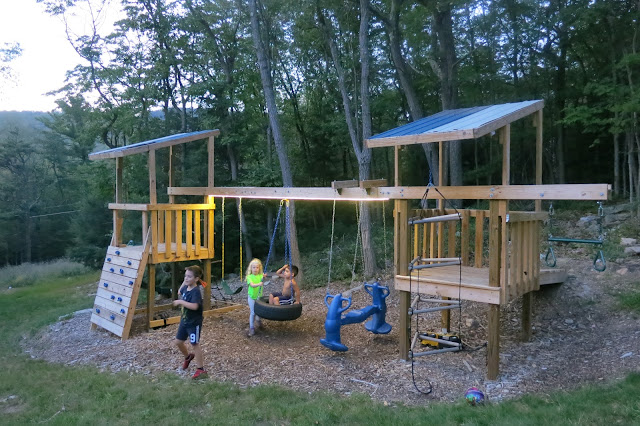 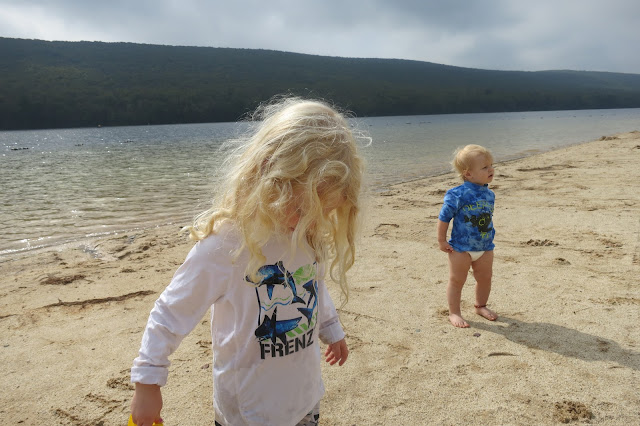 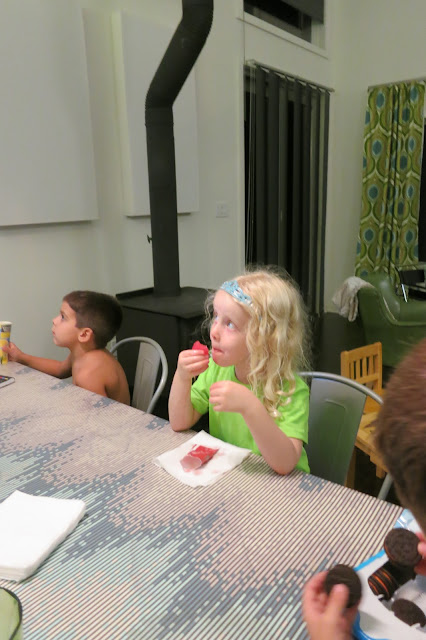 September was also notable as being Josie's "first day of nail polish". She had been asking for nail polish for a while now so I finally ordered her some, which Josie eagerly anticipated the entire week. It finally arrived on Thursday (a whole 3 days after I ordered it, but it seemed like foooooorever to Miss Josie), so I painted her nails then, and she was absolutely enthralled. HOWEVER... Josie picks at her nails so most of the nail polish was all scraped off within a day or two, and after repainting her nails a couple of times and admonishing her to stop picking her nails (to no avail), the nail polish is now put away for the time being. Ah well. She did note that when she's a grown up, she would like nail polish that is pink, purple, yellow, green, blue, black, white, and sparkle. It's unclear to me whether this is a single nail polish of many colors or separate nail polishes, but she asked me to remind her of this request when she's a grown up, so I'm putting it here to help remember ;)

Josie is getting more involved with Audra now. She's very excited about all the new words her baby sister knows, and she likes to help dress Audra and change her. On the flipside, Josie also seems to be more jealous of the attention Audra gets, or that we no longer let Josie just take anything she wants away from Audra. While baby Audra didn't care so much that Josie switched out her old water bottle for Audra's new one, toddler Audra feels a bit differently about things now ;) Josie has also said that Audra is her "mean friend" since she hits and pushes her... and we unfortunately can't argue with that. 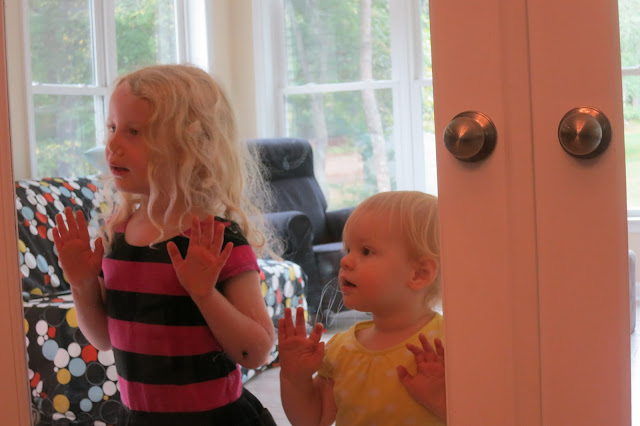 Josie is also good at coming up with ways to interact with Audra in the car, which is so very helpful because it can really shorten Audra's screaming sessions. So they have a game called "baby, baby, baby, ow!" that appears to just be repeating "baby" over and over again while holding hands, and then letting go of each other on the "ow!". I love this game, not only because it stops the screaming, but because they came up with it on their own and they both find it delightful :) 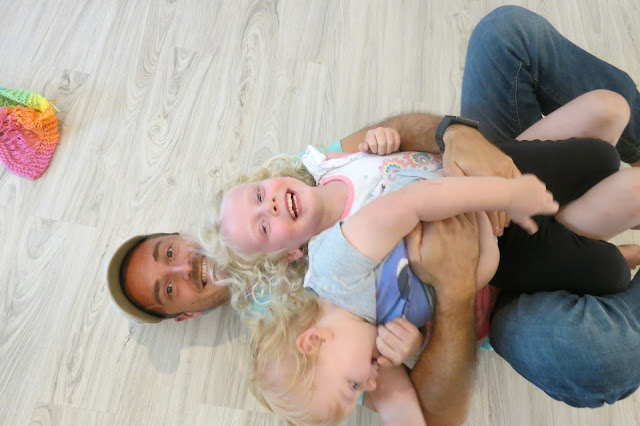 Funny Josie-isms for September:
Josie loves to play "store shop", where she is the "cooker" who takes my order and gives me food. This cracks me up, mainly because it makes me think of my favorite episode of Peppa Pig (yes, I have a favorite now), where the kids are playing shop keeper and sell a carrot for a million thousand pounds. Josie also is a good helper in the garden, and helped me spray fish emulsion on the blueberries one day. She unfortunately got downwind as we were spraying though, and then noted, quite accurately, that she smelled bad.

As for me? I finally chopped off my hair in September. I had gotten it trimmed once since Audra was born, but had decided after the first year of not cutting it that I would just let it grow for another few months before donating it this time. So off came ~15 inches of my hair that I sent off to Locks of Love, but not before my disembodied braids stayed on the counter for a few days, where Josie longingly asked to play with them. 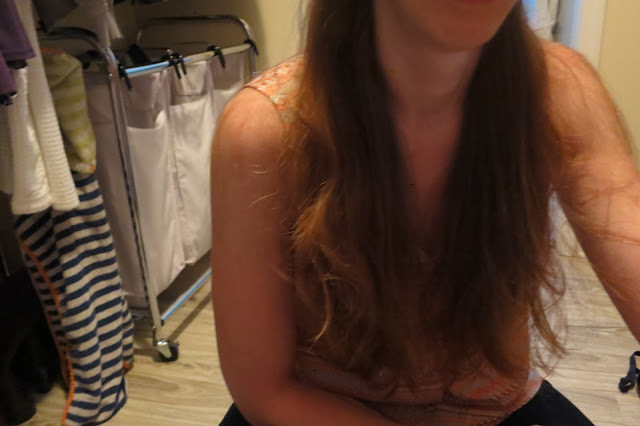 [The last picture of my hair in all its glory, courtesy of Josie] 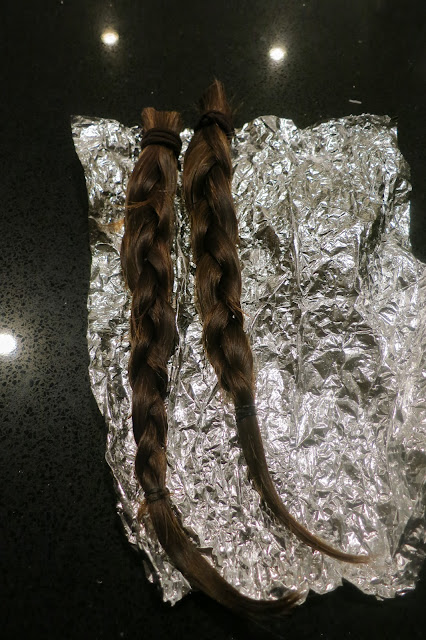 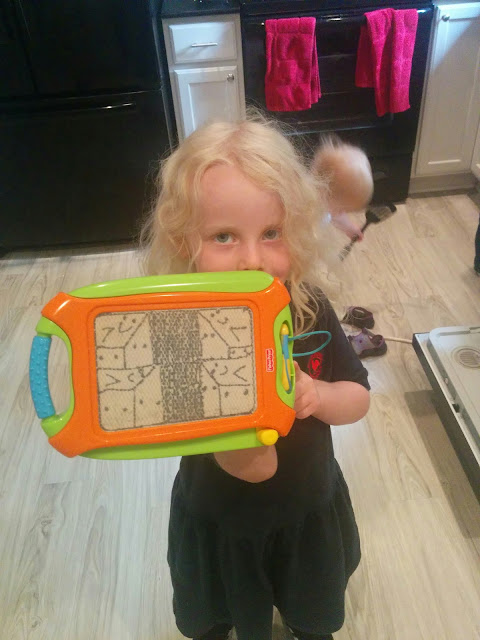 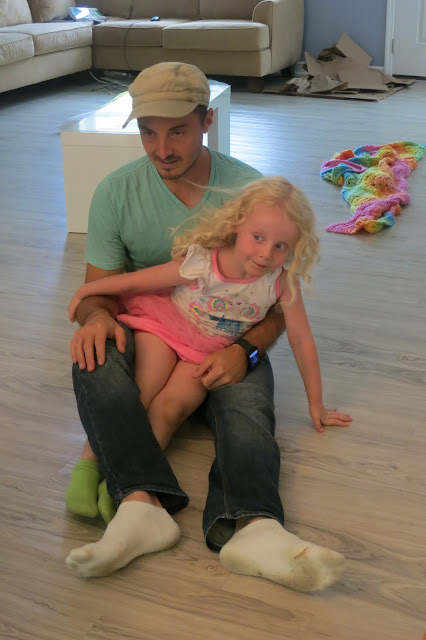