Ignoring the climate change, insect population, migratory pattern, etc., considerations, this winter had the perfect amount of cold and snow for my tastes. We had a slightly-heavier-than-a-dusting snowfall earlier in the winter, and then one more significant storm right at the end of winter, which then melted away within a few days. So we didn't have the usual stress about being snowed in and trying to work at home with antsy kids for days on end,  and instead we had a single fun snow day of making cookies, building a snowwoman (and child), and sledding down mulch piles :) 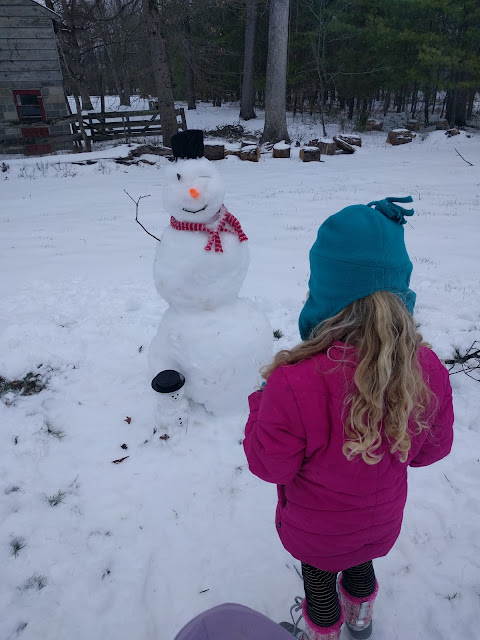 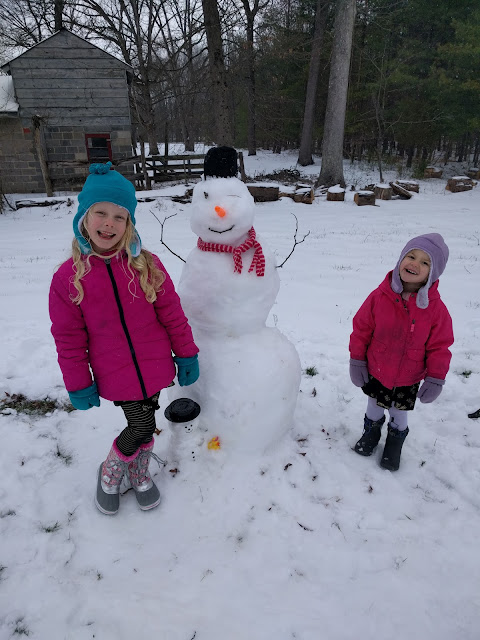 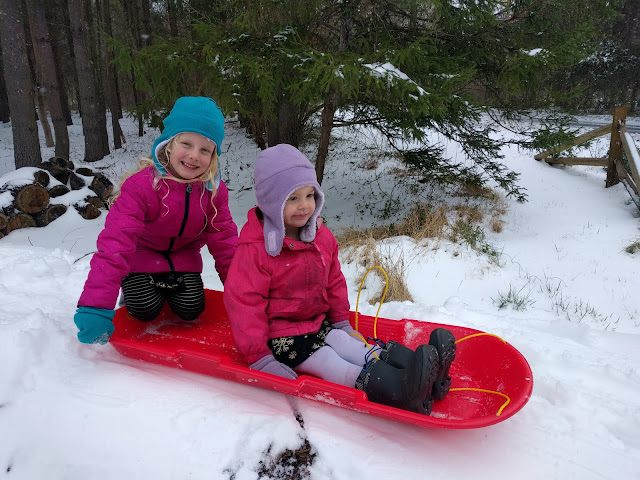 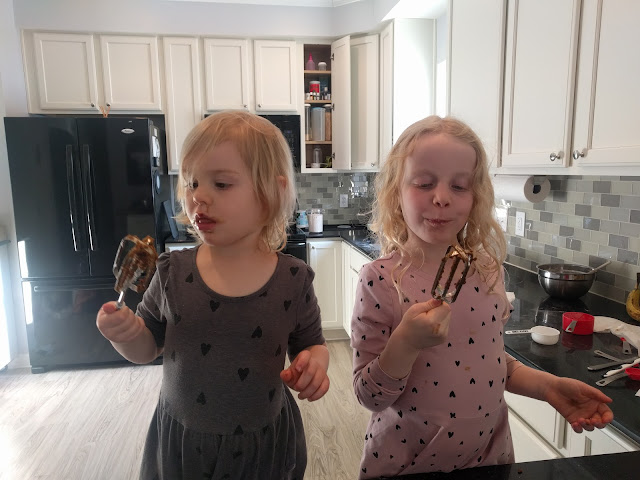 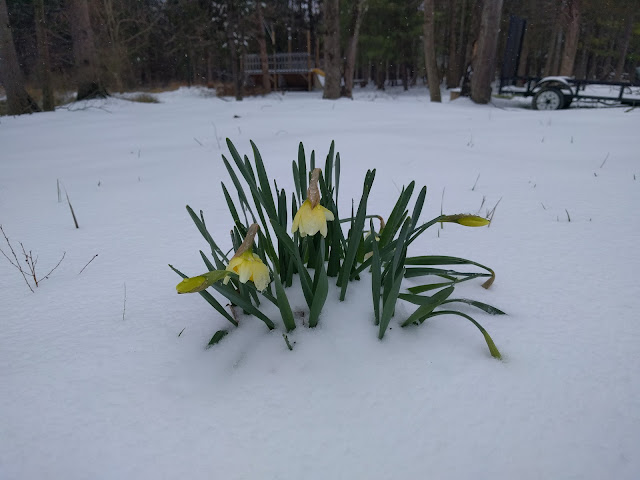 And with that, we were done with the winter weather for the 2016/17 season. We celebrated by taking both girls into DC for a picnic under the cherry blossoms. I haven't been into the city to see the blossoms for probably close to a decade, and so I had talked it up with the girls... but with the weather being so crazy, all we saw were a bunch of buds. Not quite as exciting as trees and trees full of beautiful blossoms, but we still had fun. 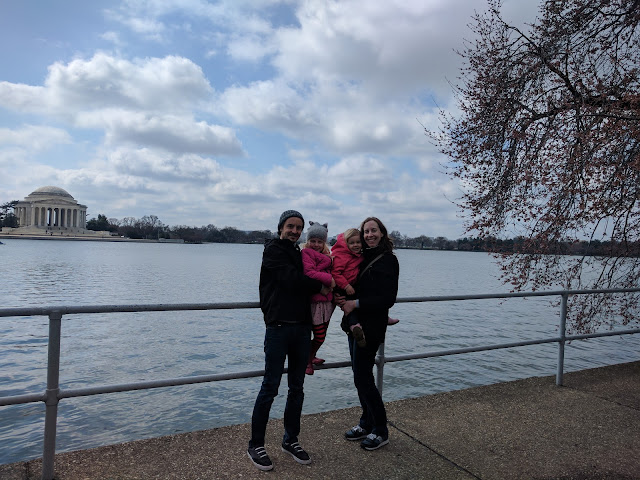 We did a spending challenge again this year, so April again was deemed "Frugal April"... although, since we were in the middle of some projects, we didn't do a wholesale ban on non-essential spending for the month like we normally do. So instead we just banned going out to eat for the month, except for two predetermined exceptions (a lunch for my new hire and date night for Ryan and me). We weren't sure if this would meet the purpose of the challenge, which is usually to make us more aware of our spending habits. As it turns out, since we normally eat out 3-4 times a week, this was indeed enough to be challenging. I did actually cook a couple of the meals (which I haven't done a full meal since the week where I ruined every single dinner close to a decade ago, which is when I turned over primary cooking duties to Ryan), but I contributed by cleaning up after Ryan as he cooked, and by the end of the month, we were all ready to have a break from our kitchen again.

Before that point, though, we also had Easter, which we hosted at our house again. Although Ryan isn't eating meat at the moment (another challenge for 2017), he had a hankering for lamb chops so we all benefited from that. I normally don't like lamb, but these were EXCELLENT. 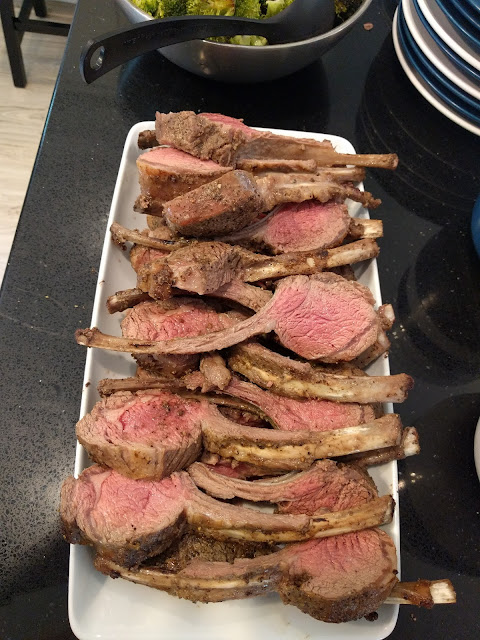 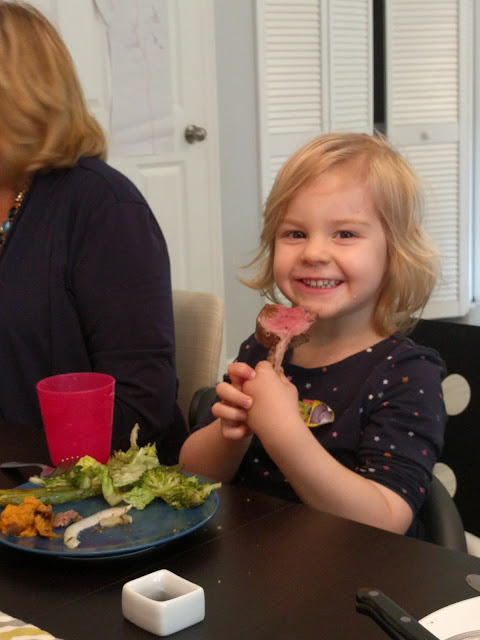 [Audra and her lamb lollipop] 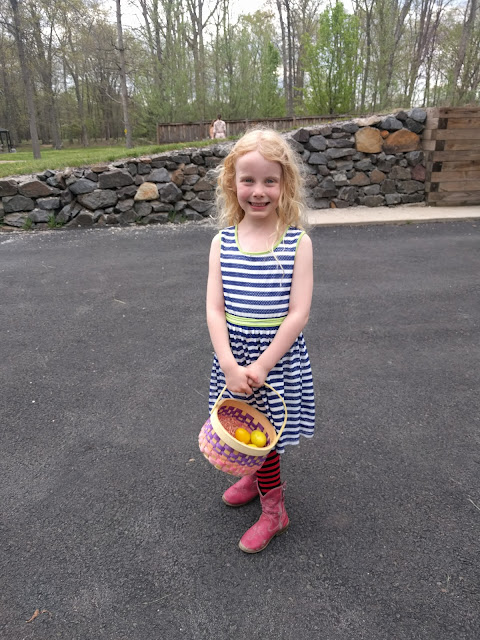 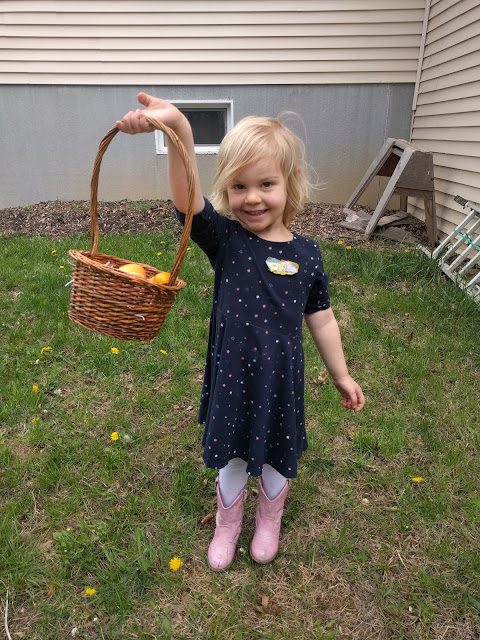 Also continuing the theme of things I haven't done in many years, I went to the (40th!) birthday party of one of our friends who we haven't seen in close to 5 years, along with several other friends from that friend group that we haven't seen for longer than that. Ryan had a pool league obligation that afternoon, but I took the girls and had a great time catching up with old friends. Meanwhile, Josie found a Spider-Girl mask in her purse (naturally), and so the girls ran around in their crazy outfits, sharing the mask, and playing soccer... each in her own way (Audra's method involved lying down). 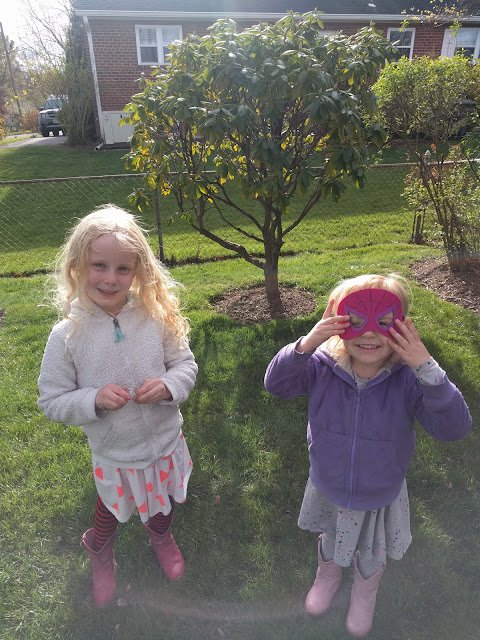 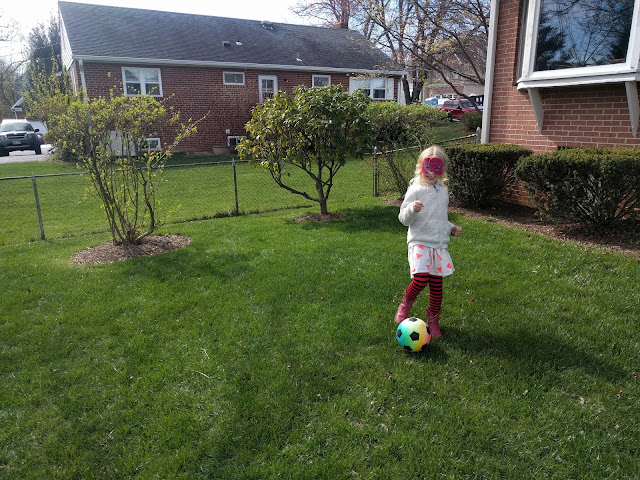 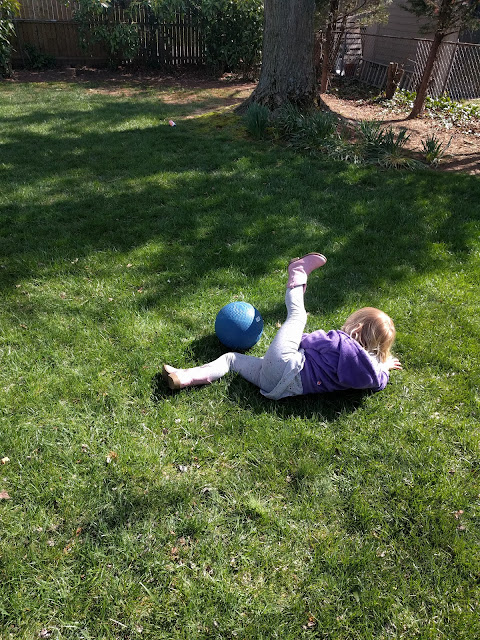 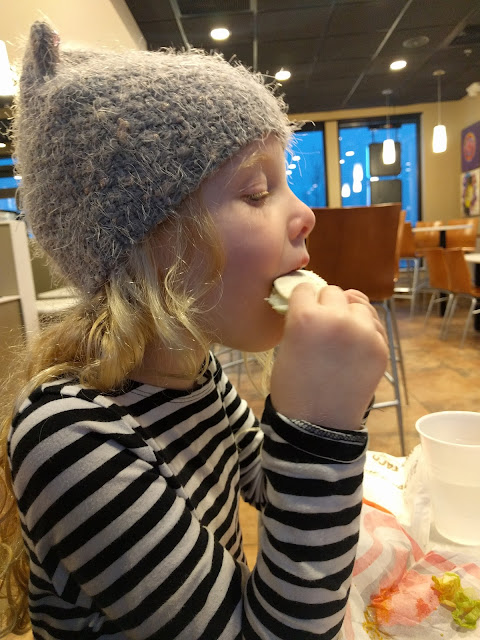 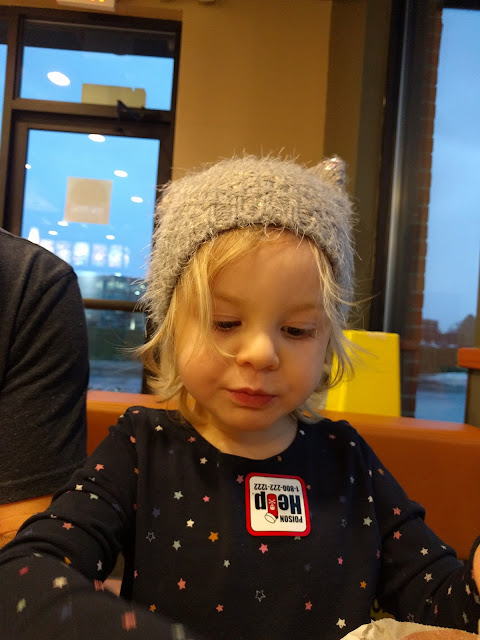 [Audra accessorized her matching kitty hat with a Poison Control sticker...just in case] 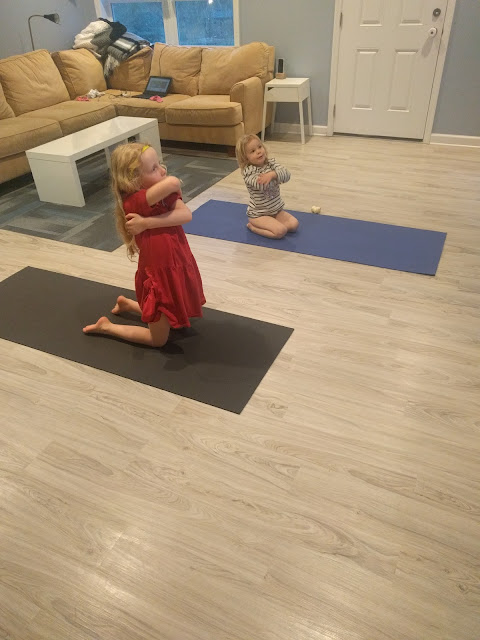