December was a fun month :) And as soon as I wrote that, I realized not all of it was fun, but it at least kept us on our toes!

What we thought would be the biggest change in Josie-land last month is that she moved to her full size bed. It was very anti-climactic, though, since she still hasn't tried to climb out of it (even when encouraged to), and she hasn't fallen out. Not that we want her to, but I was very worried about that, so there are barriers or bumpers on every side. I fully thought she would fall off the foot of the bed anyway, but instead most nights she either sleeps with her head in the corner by the wall and headboard, or turns 90 degrees and just sleeps alongside the headboard. In other sleep-related news, Josie has started dreaming now. She has woken up crying a couple of times, once apparently because of turtles, the other time because of cookies (or possibly the lack thereof?). Her sleep has also been all over the place because of being sick and possibly from preschool. She usually has at least one day a week where she doesn't take a nap at preschool, and while the rare occurrence of a no-nap day didn't normally phase her before, I think either the cumulative effect or just that she's so much more active during the day at preschool is getting to her. So she has been very erratic during the evenings if she hasn't napped (read: lots of crying at the drop of a hat) and we've been able to successfully put her to bed 1-1.5 hours early on those nights. She has also been sleeping in past her normal 6:45am on the weekends, to the point that we have had to wake her at 8am a couple of times so her schedule didn't get too off. And she also has been taking monster naps on the weekend - it used to be a pretty solid 2 hours, but now we've had to wake her after 3.5 hours a few times.

As I mentioned, Josie came down with something last month (as did we all). She seemed to be handling it ok at first, but after a week of not napping much at school and being increasingly emotional in the evenings, it all culminated in a night where she fell asleep (crying) at 6:15pm (about 3 hours earlier than normal)... and then woke up the next day with drainage coming out of her ear. She seemed much better at first but then started getting fussy again later that night, so we brought her to urgent care the next day. We got to see our favorite doctor there (yes, we have been there enough now that we have a favorite), and while he didn't see a rupture in her ear drum, he definitely said her right ear was infected and left ear was "so-so", so she ended up on amoxicillan.

We've been starting to talk about the baby more to help prepare Josie, and it seems she gets it to some degree. She knows there is a baby in mommy's belly, and she knows it kicks me. In fact, this poor baby has been blamed for all sorts of things already. Every time I hurt myself, Josie will get a very concerned expression on her face and ask me if I'm ok and if the baby kicked me.... even when it's, say, my knee that I hurt. She also rubbed my belly as a greeting when I met up with Ryan and Josie for lunch. I don't know where she got that from, but it was still quite cute :)

As far as holiday stuff goes, this year Josie definitely had more fun with it than last year. She helped me decorate the tree, leading to a heavy concentration of candy canes and ornaments along the lower branches. Her Uncle Brian and Aunt Emily also came over to make Christmas cookies, and Josie had a great time cutting out the different shapes and then decorating them... although perhaps we need to work on our apron situation, since Emily had to borrow my (personalized) apron, and Josie wore a Lowe's one ;) We decided to open presents at our house Christmas morning before heading over to Ryan's parents' house for a second round of Christmas. We woke Josie up in the morning, and although she liked the lights on the Christmas tree, she seemed a little underwhelmed by the presents. At least until she started to open them. She loved all of her presents and wanted to play with each one as she opened it, so while she was happy about her new toys, she also seemed a little frustrated with us for rushing her so we could get over to Ryan's parents' house. We just opened presents over there, had lunch, came back home for nap time, and then went back over in the afternoon, and I think she was much happier the second trip over there since she could just focus on playing with her cousins and her presents without being rushed :) 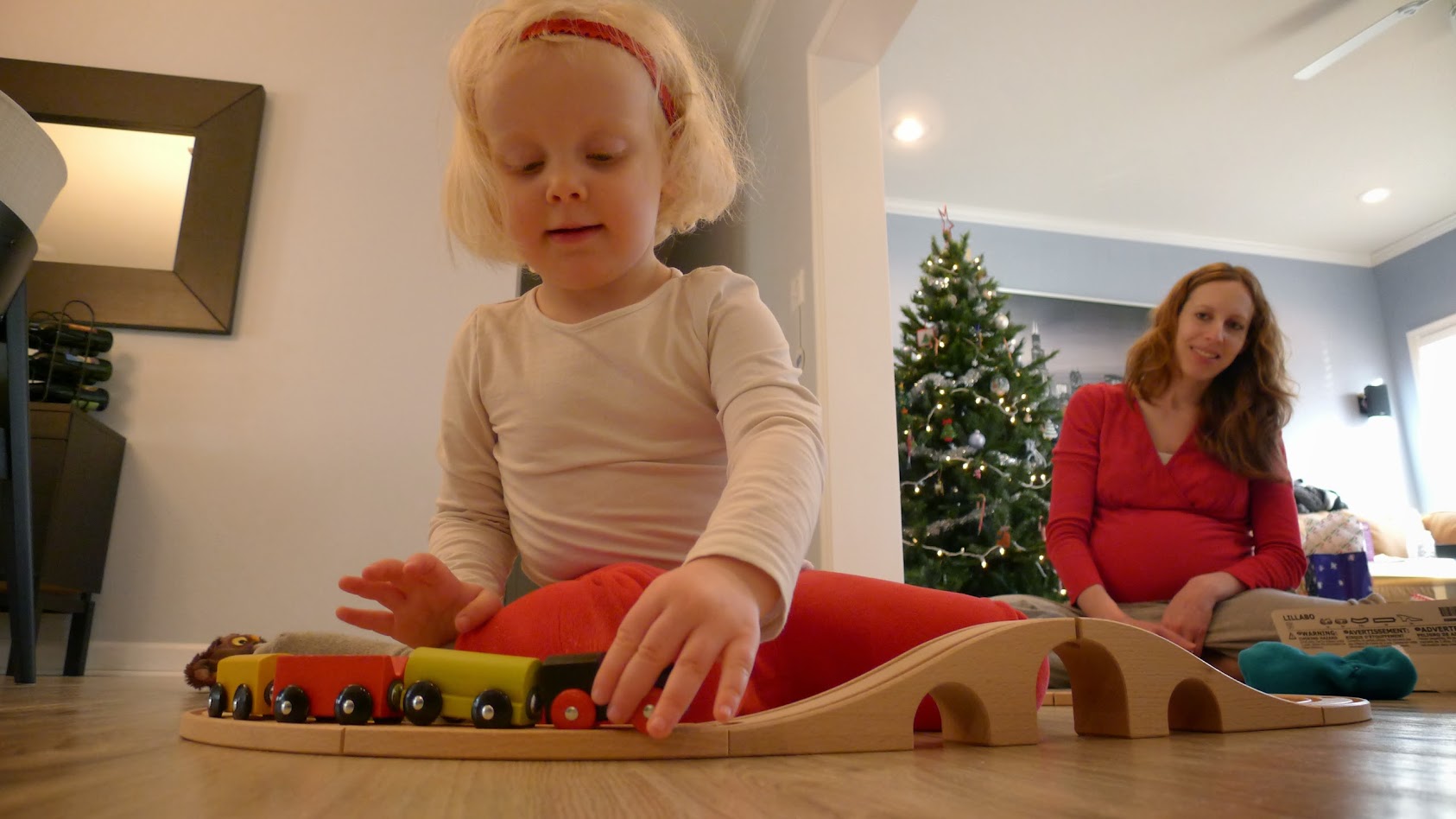 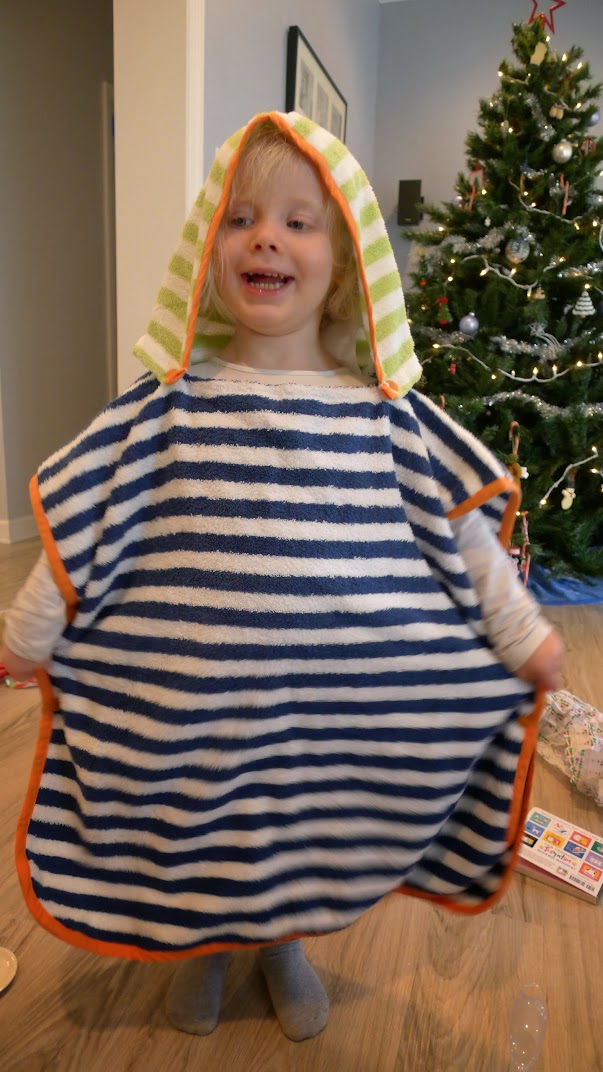 In addition to the "miscellaneous cuteness" picture section for the month, I have a few little stories this month too:
Miscellaneous (picture) cuteness: [One of Josie's favorite places to color: in the corner of the kitchen] [Josie can apparently now fit in the Bumbo that her legs were too chubby for when she was a baby. Also, she has started to pick out her own outfits/accessories]
[Old MacDonald had a piggy - and a suggestion for Ryan to sing]
[Josie had so much singing to do after Christmas dinner]
at 9:40 PM