The girls had been asking to go to the carnival just about every day (well, Josie asked "When can we go to the caaaarnivaaaal?" and Audra demanded "Wanna go CARDIBAL!"), so we finally made it out there a couple of days before it moved on. They had certainly seen it from the road, but they momentarily seemed shocked at seeing it in such close proximity once we got out of the car, since they just kind of stood there... until Josie made a run for the midway, and then it was on ;) 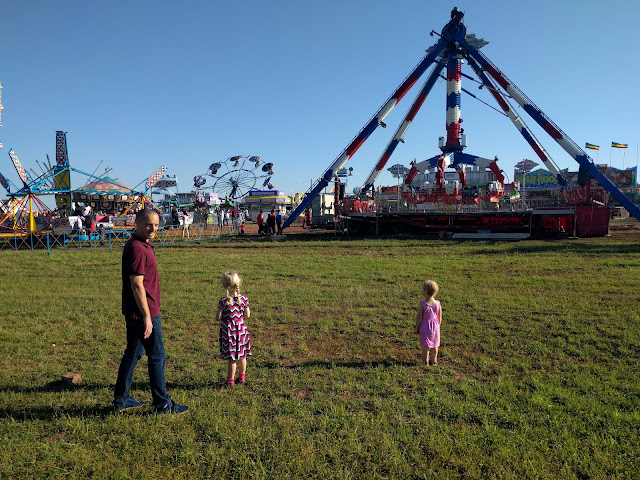 First up was dinner - the girls had hot dogs, which they appear to love most of all (I don't understand this). I briefly considered getting funnel cake too, which, although a poor substitute for elephant ears, is still quintessential "carnival food" to me... but then I only needed to remember the time Ryan and I had funnel cake a few years back and got horribly sick afterwards to provide enough incentive to pass on it this time ;)

Then it was on to the rides. Audra met the height requirement for the little roller coaster there, so although I had some misgivings with sending her off on a ride without an adult, she sat nicely with Josie and they both laughed and squealed with glee ;) 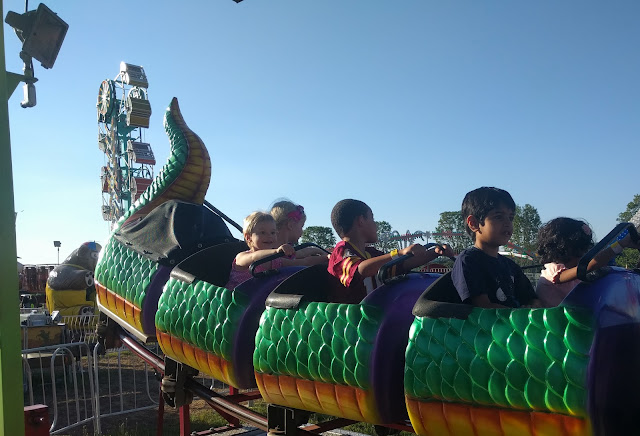 Next, the girls wanted to go on the spinning swings, so Ryan went on that with them. Luckily, Josie is big enough now that she was fine sitting on her own, since Audra would not be deterred from riding too... and there is no way I was going to join them, given my motion sickness issues. I felt nauseated just watching them going around... and around... and around :( 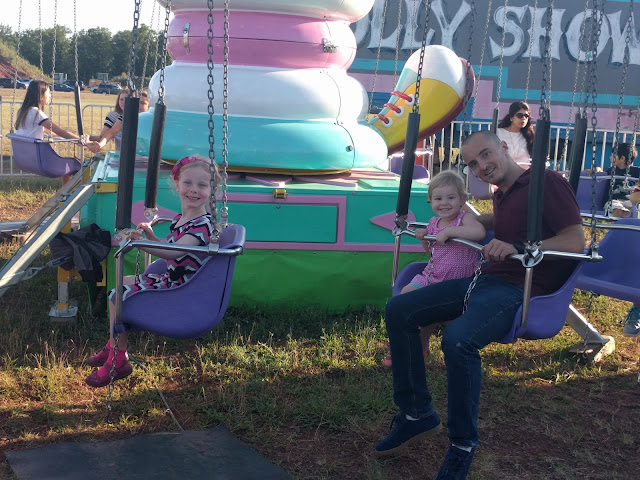 We headed over to the giant slide next (the kind with the accompanying burlap sacks to ride down on). The girls loved it so much the first time down that they immediately wanted to go on it again... meanwhile, Ryan and I started hand-wringing over them "wasting" their meager tickets on the same ride, but hey. I guess if they liked it, then it was worth it to them :)

The last thing they chose was an obstacle course, so I went through that with them to make sure Audra made it through to the finish. Although I felt a little ridiculous crawling through the tunnels, I think it still ended up being a good idea that I went with them, since I almost lost Audra (and my shoes) in the ball pit that turned out to be just a little too deep for her. 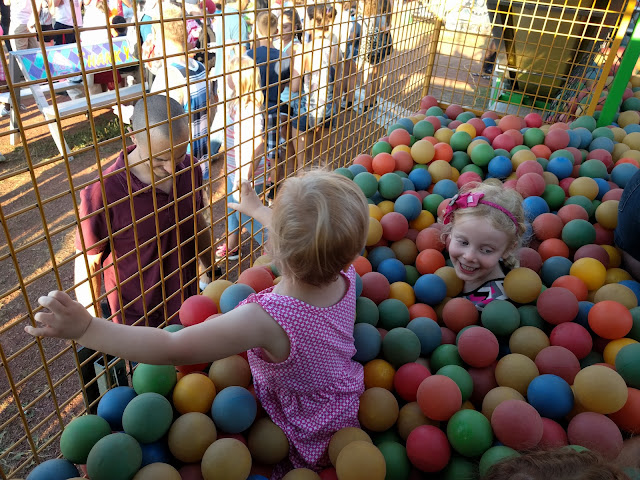 Apparently, we had bought only enough tickets to whet their appetites for the rides and lead to eventual tears when we ran out of tickets. All good things still seem to end in tears for the girls... sigh. But then they had ice cream, which seemed to be an acceptable consolation prize... at least momentarily, since as soon as we started walking back to the car, the plaintive wails to go back to the CARDIBAL started up again, and I'm not sure if they quite comprehended when I said, sure, when it comes back next year ;) 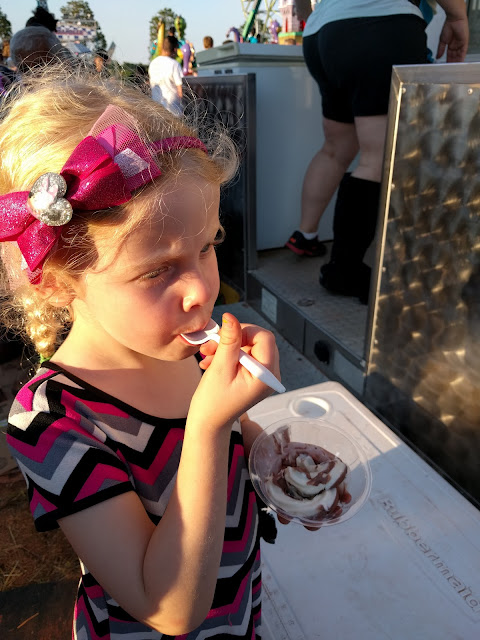 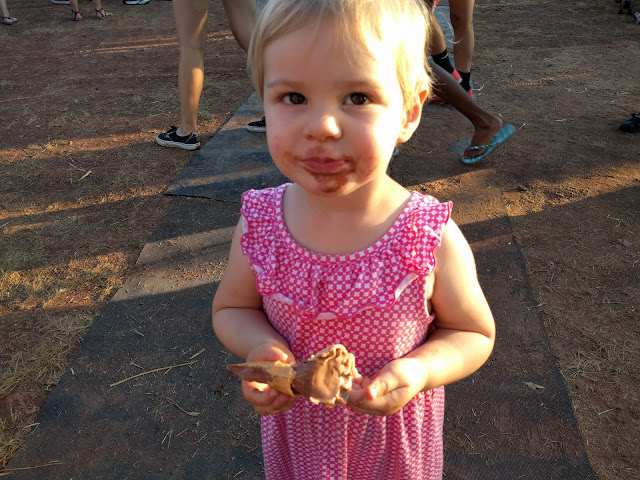 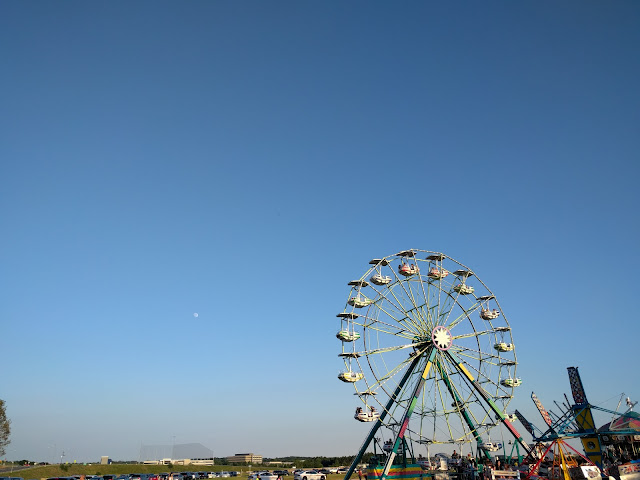