I feel like I'm a bit overdue on a house update. I checked on the last house update I posted 6 months ago to see where I last left off, and it was a bit unpleasant to see the part about installing programmable thermostats, since we did accomplish that task, and then our house promptly caught on fire because of it. So most other projects were put on hold for a couple months while we dealt with insurance, cleaning, and repairing the upstairs. I guess on the good side, we replaced the carpet with something we like much more than the previous carpet, and I decided to switch paint colors for the guest room (now the same blue as the living room, rather than the same cream as the other rooms upstairs), which I also like much better. We're currently working on finishing the guest room though, so pictures will have to wait for that one for now. [The remains of the old thermostat] [And this was after being professionally cleaned]

Besides that, we finished the basement. That was both a bigger and more time-consuming project (in some ways) than we'd thought it would be, and somehow less stressful (in some ways) than expected. Regardless, it's done now, and Ryan's youngest sister is now living down there :) The guy we had doing most of the work down there (Narciso, who Josie still calls for whenever she hears hammering :) ) also extended the sidewalk around the side of the house to connect to the patio, and enclosed the area under the sun room to serve as our shed. 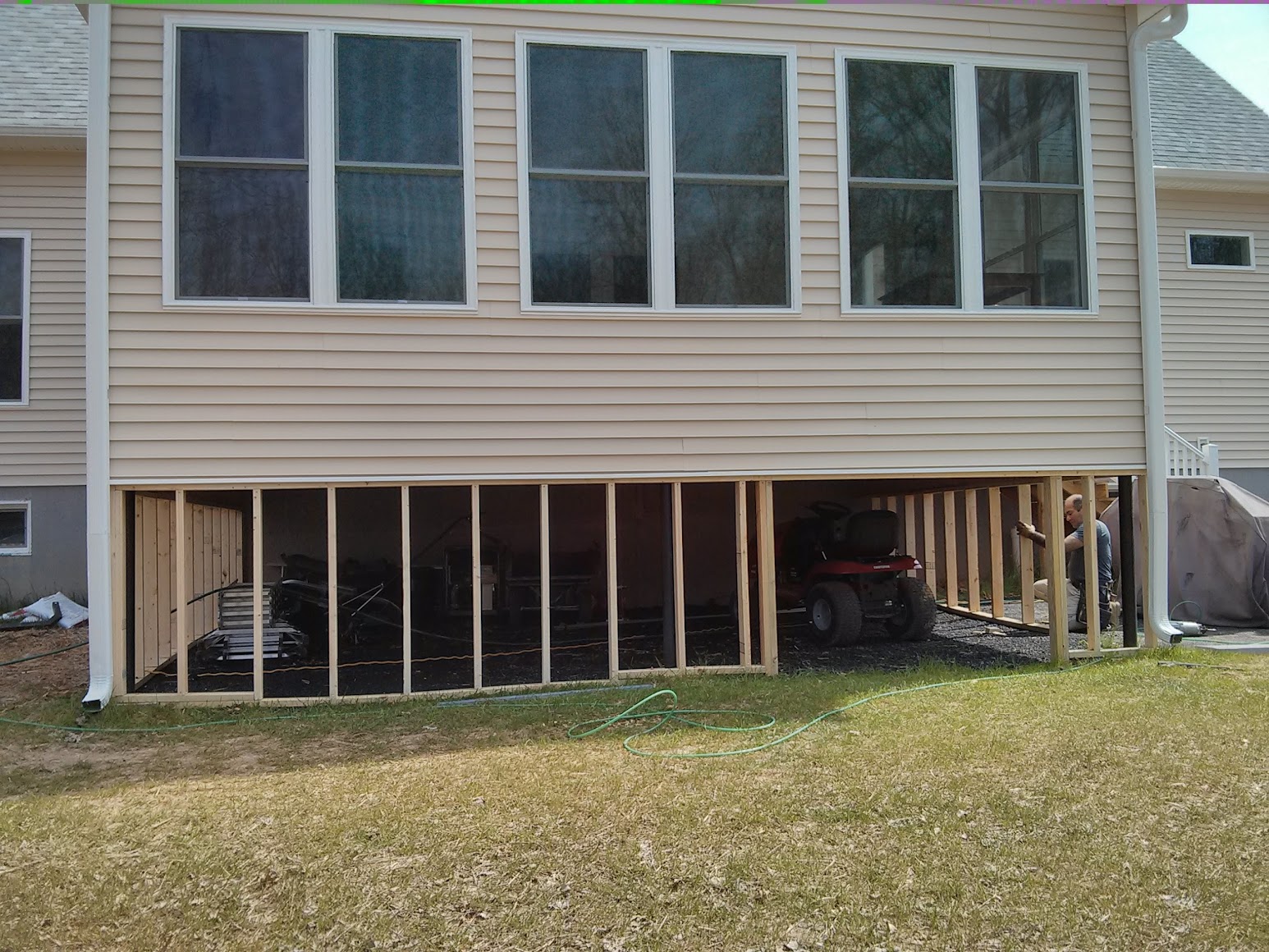 [While the shutting-in under the sun room was in process]

After all that, Narciso tackled the attic. Ryan had put more insulation in, built a catwalk and platform, and even carpeted one half, so Narciso did the same for the other half. 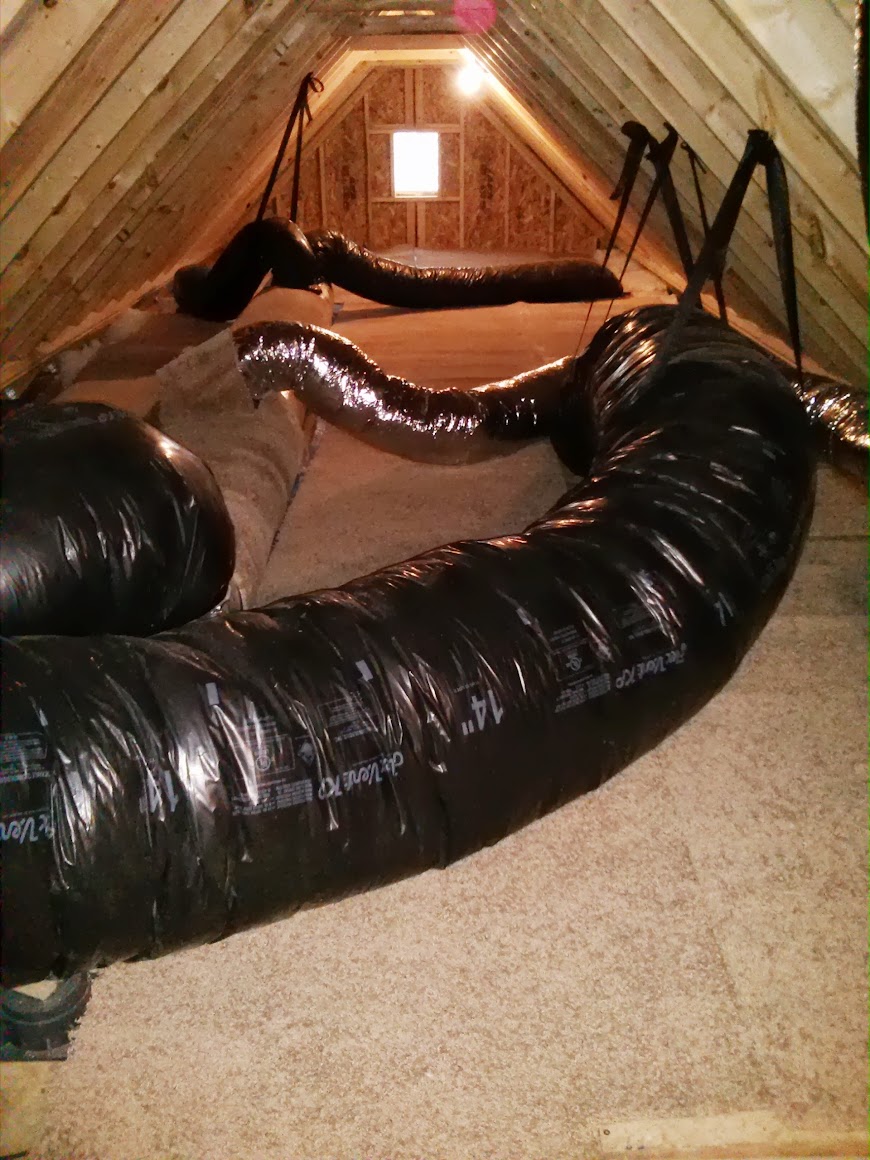 Believe it or not, the painting is still not quite done. I'm in charge of that project, and it's been delayed a few times due to pregnancy and courses I've been taking (and some laziness and lack of motivation too). Before all that happened, though, we painted the stairs to the basement/garage. Since we're the only ones who really ever see that space, we wanted something that would amuse us.... so we went with orange :) Ryan and Narciso also built niches in the hallway for coats and shoes, which Ryan later added tile to as well. 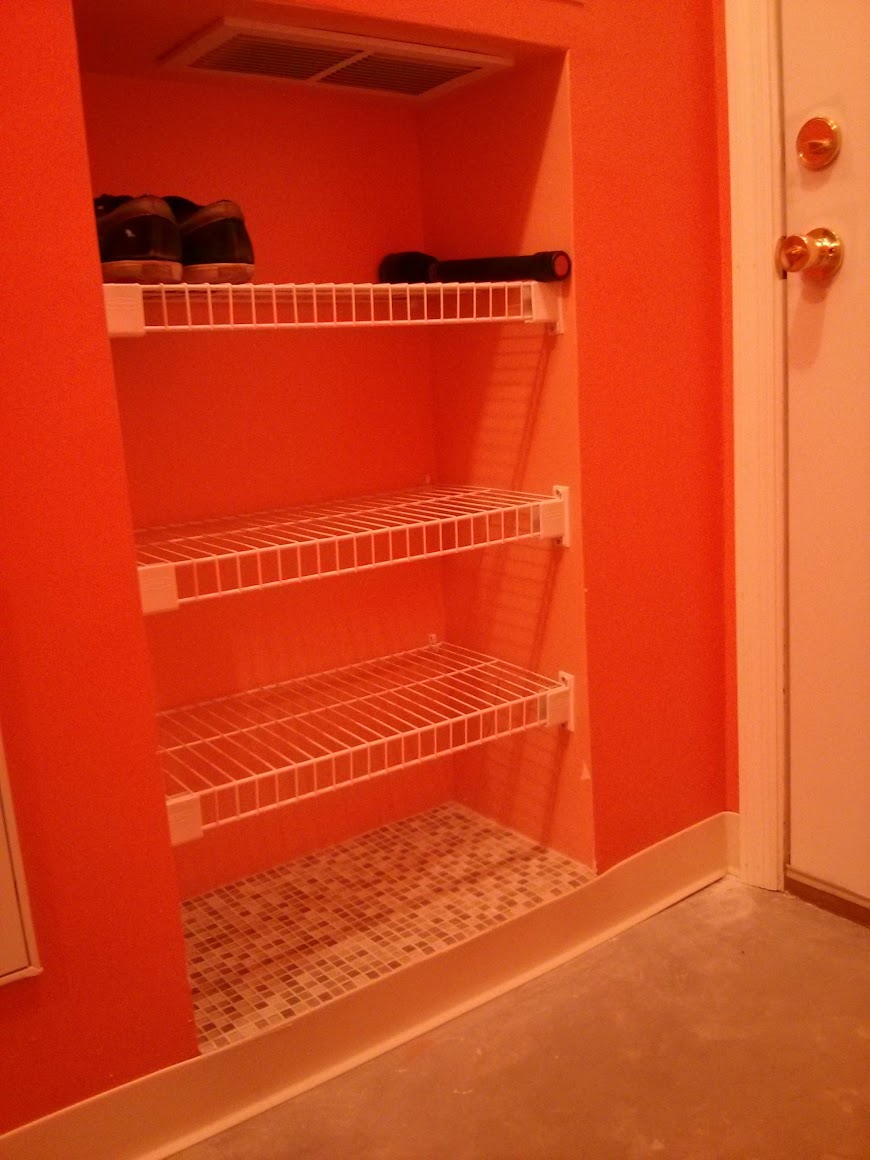 Ryan also has the fire pit functionally done now, with the next step of that project being to build out a patio around the pit, and maybe eventually adding some stonework over the cinderblocks. 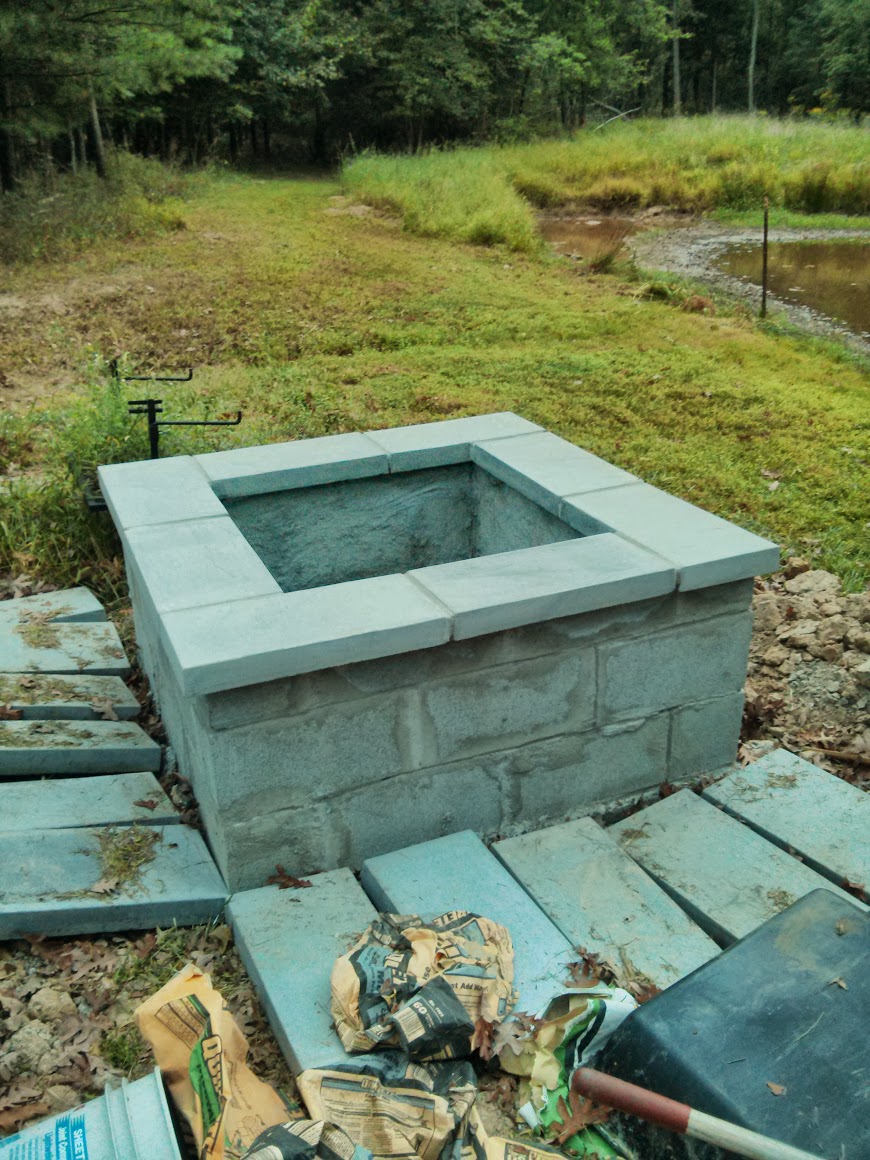 Other upcoming projects include: