Last month was a pretty busy one with Josie. As I mentioned in Audra's post from that week, my dad and stepmom had come down for a visit, and Josie seemed to really enjoy spending time with them and my brother and sister-in-law. She also proved to be quite entertaining when she saw a bird outside the restaurant we had just eaten at, and proceeded to squeal and yell "boo!" at it until we finally dragged her away :)

We also went to a birthday party for one of the other babies from our Bradley class. Josie didn't get to go to her party last year, but she had so much fun this time and really seemed to hit it off with the birthday girl, so that was really sweet to see :) 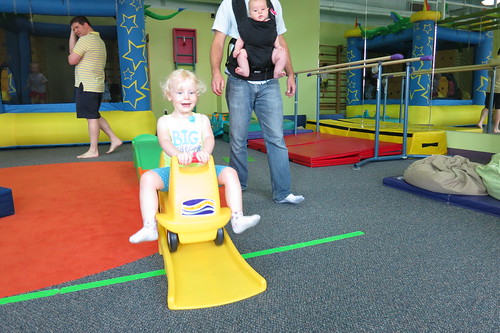 We also went to Josie's first carnival. She didn't know what to make of it at first, but after we went on our first ride, she clued-in pretty fast :) She wanted to ride every ride (some more than once), but at least took it pretty well when we told her she would have to grow a bit more before she could go on some of the bigger rides. 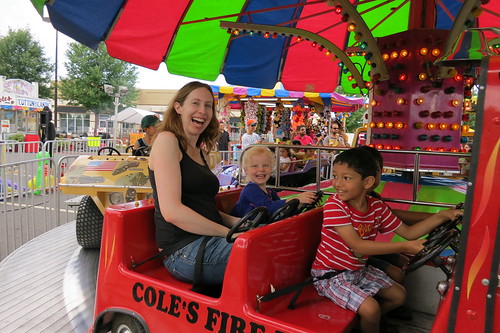 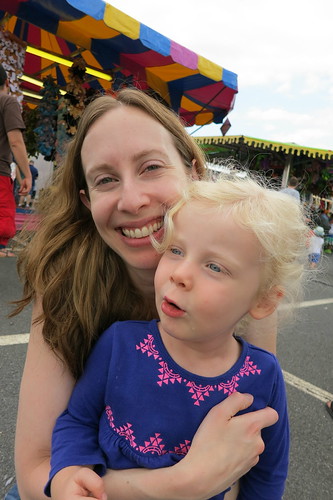 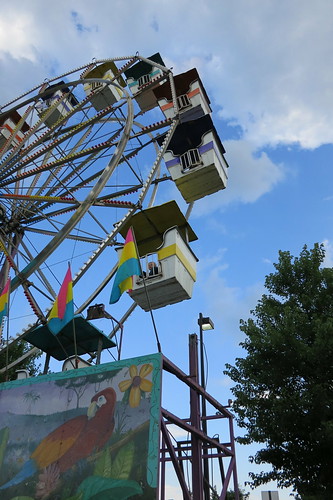 [Ryan and Josie were in the yellow car] 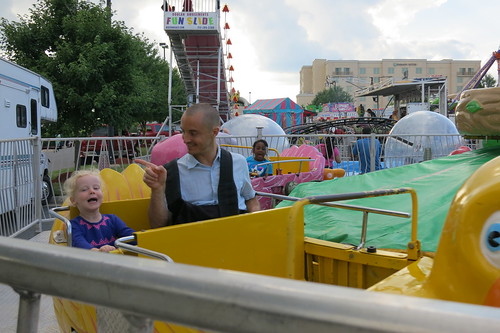 Josie appears to have maybe peaked with her intense emotions (at least for the moment), as there were actually several days last month when she hardly cried at all during the day! As her language skills progress, though, she now has more ability to share her opinions - she definitely likes things just so, and is quick to point out when we haven't done things according to protocol. She has called me out on using her bathroom ("Don't use my bathroom, use your own!"), which prompted a pleasant discussion on sharing the different rooms in the house. I also attempted to personalize some songs by changing the words to them, and she told me I didn't sing those parts right (I thought they were just fine, for the record).

Josie has also been more observant about our actions and mimicking us more than she used to. She loves to get out her "work computer" whenever she sees us on our computers, and told me that she wanted to get a job, and that she wanted a bigger, bigger, BIGGER work computer... so I told her she should work at my company then, since my laptop dwarfs Ryan's ;) She also has a newfound interest in her baby doll, who she decided to name "Ashley". For the last several weeks, she has insisted on taking her to school, putting her in Audra's bouncer, sitting her right next to Josie in the car seat, etc. 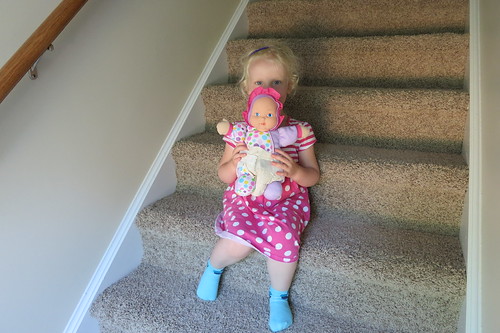 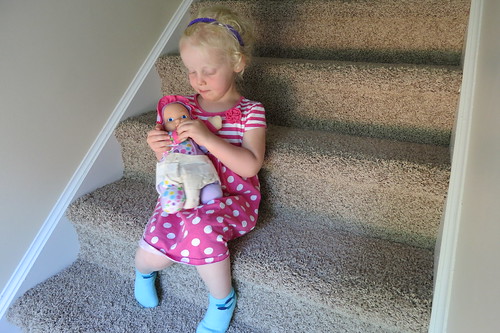 Josie seems to have had another big developmental leap when it comes to language. Her sentences are longer and more complex now, and she's also saying multiple related sentences in a row. She has learned the street names in our neighborhood, is starting to recognize some landmarks, and there's constant chatter from the back seat now as we're driving (Are we going this way?  Are we turning right? Where's that man going? A school bus!!! Where's your light? Green means go! Etc., etc.). Her imaginative play is blossoming too, as she was apparently doing a puppet show with her kitty and blanket instead of going to sleep the other night - all we could hear from her room was "Is it bedtime? No, it's not bedtime!" so Ryan went in to check on her, and she promptly stopped talking, but the kitty and blanket were apparently still miming their lines as she continued bouncing them above her head ;) 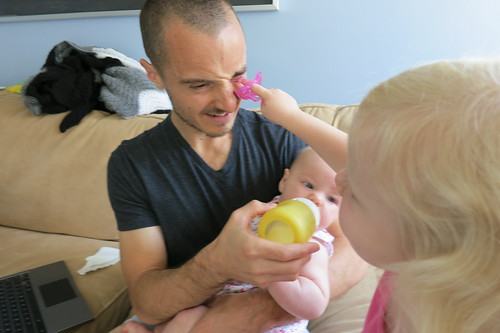 [Josie being helpful as always - that would be a pacifier she's sticking in Ryan's eye :)] 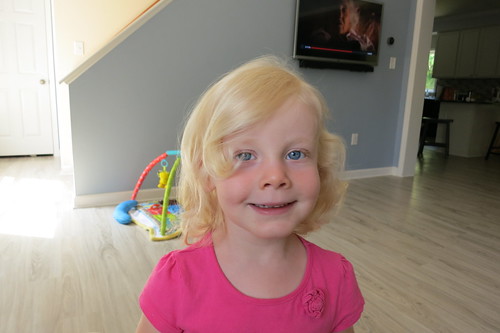 [After her first haircut in a year] 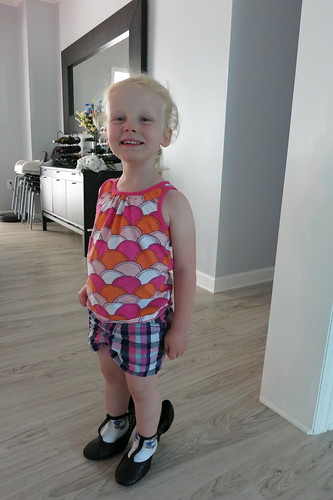 [Another of Josie's hand-picked outfits - she didn't get to wear my shoes to school, though] 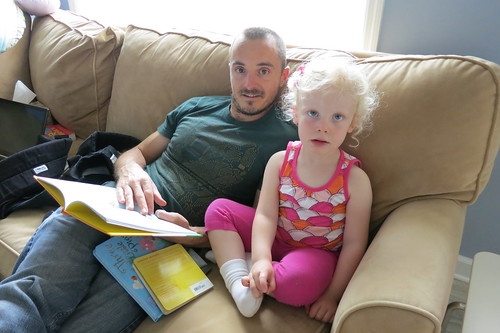 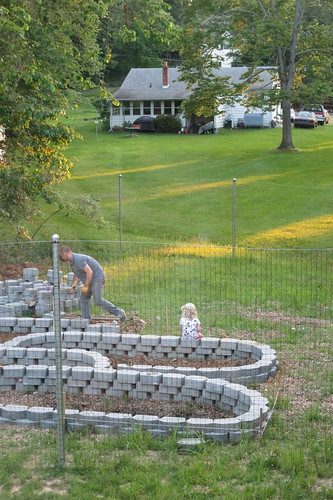 [Supervising Ryan building the raised beds in the garden]
at 2:03 PM