After rolling over front to back a couple of times last week, Audra apparently decided to take a break from that and hasn't done it since... but what she has done is focused her efforts on rolling back to front, and she can now flip herself over very quickly (as we've found out the hard way!). 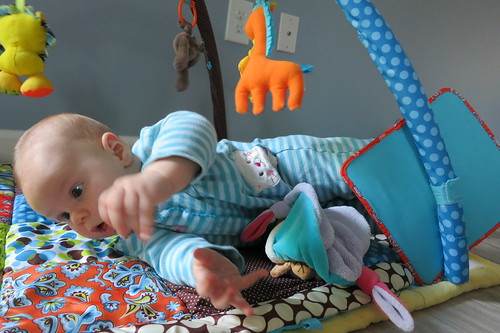 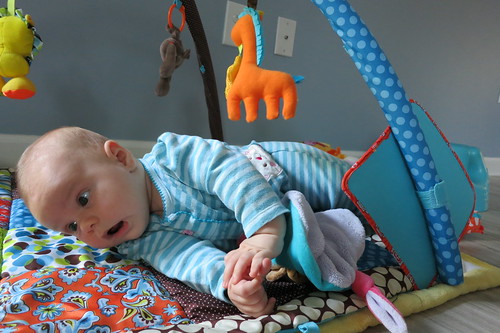 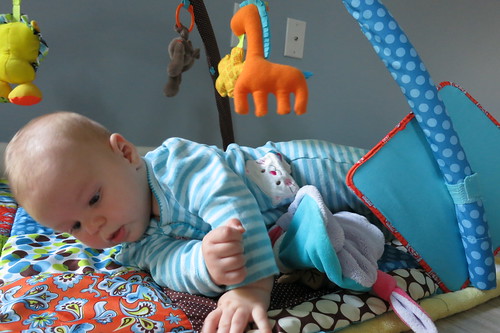 Audra came down with probably what Ryan had last week - a really nasty cold. She is still coughing and pretty congested, but seemed especially bad towards the end of last week. She apparently had been crying a good part of the morning at daycare on Friday, which is unlike her, so they called us to come get her. She was doing much better by time we got there, but I still wanted her to get checked out since her cough didn't sound like a "regular" cough, so I wanted to make sure it wasn't something more insidious. We couldn't get in to her pediatrician that day, so we just went to the Urgent Care that's in the same building, where the doctor checked her out, proclaiming her throat, ears, and lungs to be just fine, and that it was most likely just a cold.

In other news, Audra is getting ever closer to sucking her thumb. She can get just a single digit in her mouth now, but tends to just chew on it instead :) She continues to gnaw on her hands at every opportunity, and it seems she should be teething with the amount of drool she's been producing lately, but we haven't noticed her gums bulging yet. 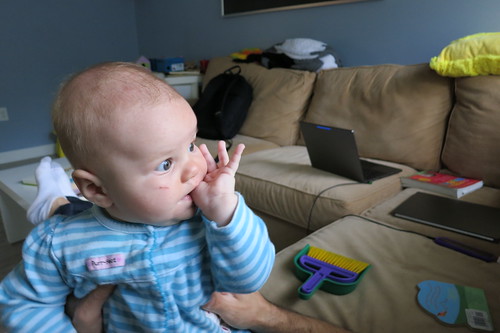 Given the developmental changes from this week and the fact that she's been pretty sick, it should probably come as no surprise that this was a pretty terrible week for sleep. Everything from struggling more to fall asleep in the first place, to waking up repeatedly at the beginning of the night (which she normally never does), to nursing the entire rest of the night after her first wakeup around 2am, to waking up for the day around 4:30am. So it's perhaps needless to say that this has been a rough week, but everything in these early days is just a phase, right? Here's hoping ;) 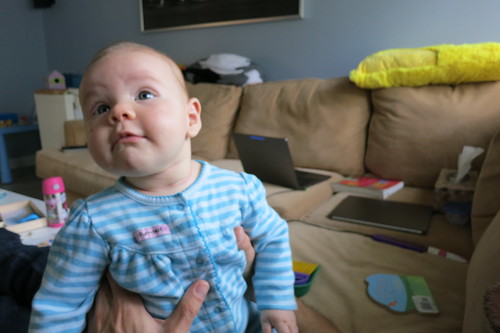 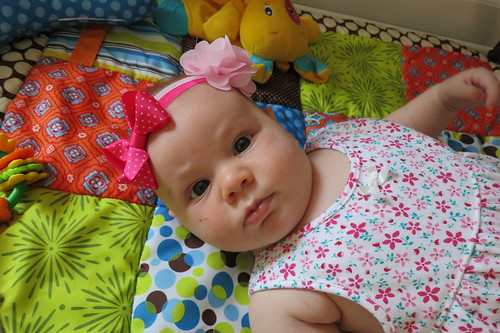