This was a pretty big - and fun! - week for Audra. My dad and stepmom came down to visit over the weekend, so Audra has now met all of her grandparents :) It was so nice to spend some time with them, although it still went by too quickly, especially since we probably won't attempt the trek up to Michigan with both kids for at least another year or so.... although if Audra gets over her hatred of the car, we may try it sooner ;) 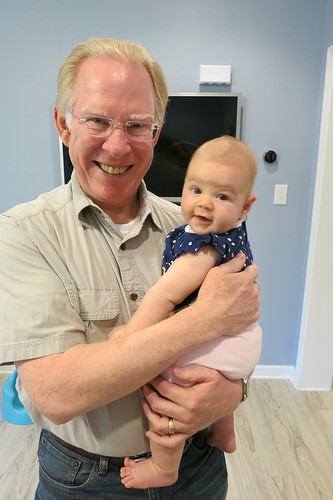 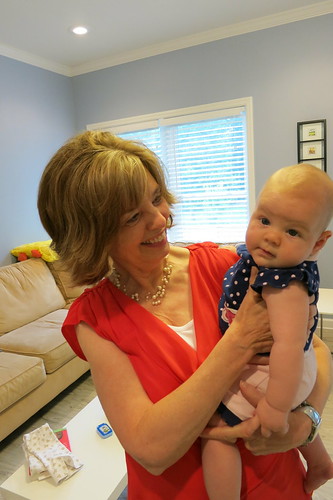 My brother and sister-in-law also came over on Saturday, and we hung out at home for a while before going out to eat.... and we actually witnessed Audra rolling over for the first time! She was trying sooo hard to roll from back to front too, but couldn't quite get there yet. Here's her second time ever rolling from stomach to back, though:

After that we headed out to Josie's favorite restaurant (Chick-Fil-A), where Ryan then stumbled upon the perfect combination to get Audra laughing. We had only heard a few chuckles out of her before this, so I thought this was just wonderful, and I've watched this video probably more times than I should admit to :)

Then on Saturday Ryan and I went with the girls to their first carnival. It worked out perfectly - not too sunny or hot out, somebody gave us their leftover tickets as they were leaving so we didn't end up having to pay for any rides, and Josie loved everything she went on. I went on one of the circle rides with her, but since that didn't agree with my motion sickness (at all), Ryan went on the rest of the rides with her instead while I hung out on terra firma with Audra. It's funny, the little snapshots of our lives that stick out as cherished memories, and that moment became one, as I cuddled with Audra after a fulfilling and fun weekend, just enjoying spending time with her and loving on her. 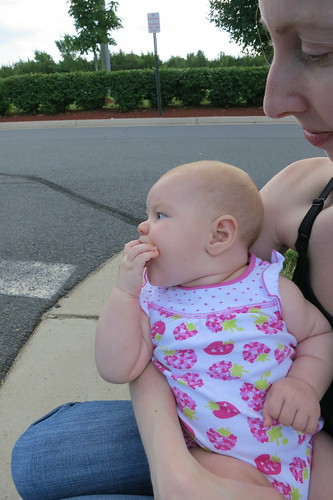 Then it turned out that it wasn't just motion sickness that had my stomach roiling, but a stomach bug instead, as discovered while we were out for dinner that night. I'll leave out the details, but suffice it to say that I had a pretty miserable few days after that, trying to build up my strength after having next to nothing in my stomach for over a day (which is a big deal, given how much I need to eat at the moment) and easing ever so slowly back into eating again in hopes of having everything stay down.

This also caused another first for Audra - the first night she slept entirely in her crib :) Since I was so sick and sleeping heavier and more fitfully than normal, it just wasn't safe to keep her in bed after her first wakeup like I usually do, so instead I swaddled her back up after that and moved her back to her crib. She then slept more than twice as long as usual (4 hours!) before her next wakeup... which was awesome, until she decided she was actually done sleeping for the night after that. At 4:45am. But regardless, I was encouraged by how much longer she slept back in her crib, so I tried that again the next few nights but without the same success... and since having her in her crib also meant I wasn't catching her as quickly when she was starting to wake, she was waking up fully and was much harder to get back down in the early hours of the morning. So that was a good experiment, but I think I'll be holding off on pushing more crib time for a few more weeks, given that she should be going through a sleep regression in about, oh, two more weeks anyway. 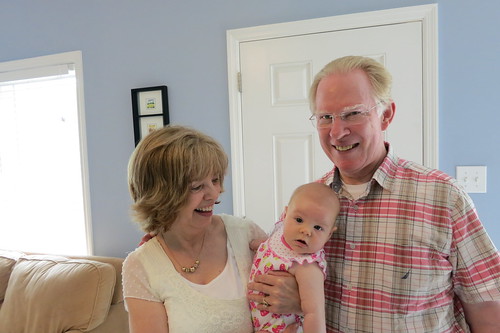 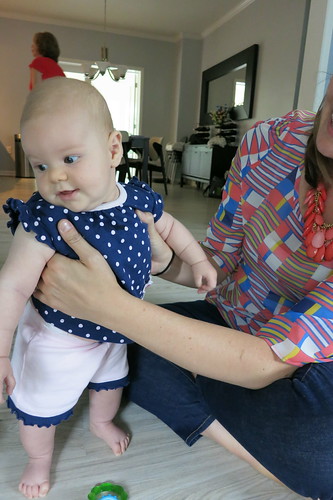 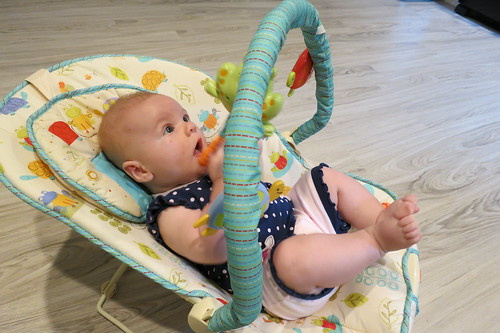