This was another pretty rough week, not entirely related to Audra. There were just some work disappointments/stresses for Ryan and me (including that I just found out my company is being acquired, so after eight years with this company, I likely will have to look for a new job next year), worries about Audra and her awful diaper rash, and the random - but troubling - sight of a deer running through our yard with an arrow through its chest. All of this has just left me unsettled and with a pit in my stomach :(

So yeah, Audra has a bad diaper rash at the moment, which we're throwing everything at that we can but nothing seems to be helping it at all. We'll be trying to leave her diaper off a lot this weekend to let it air out, but if it's still bad by Monday, we'll probably have to go to the doctor for it. She also is sick again, and so between being congested, her sore bum, and her upper tooth finally cutting through, her sleep is pretty terrible again. She woke up about every hour the last couple of nights again, and was awake for over an hour last night since she was coughing so badly. For this week's silver lining - although it seems like just a faint memory already - before she got sick she had an awesome run of maybe a week straight of sleeping a 3-hour stretch each night.

Audra went to the pediatrician last week to get a Hep B vaccine and the first of her two flu shots for the season. She only cried for a few seconds after her shots and barely slept at daycare that day, but still was very happy that evening and just had a little bit of trouble sleeping the second day. She did fight her naps all weekend, though, and it took multiple tries to get her down for each nap before she'd finally give in, and Ryan had to walk her for one of them.

This week Audra also got more talkative. I'm not sure if it's just coincidence that we picked a name that sounds like baby babbling or if Audra is already saying her name (probably the former ;) ), but Audra said "ah-da!" and many other things.
She continues to experiment with standing, trying more with just one hand holding onto something for support, and frequently lifting both hands off to try to stand on her own too :) And while she is sort of into walking with assistance, she is starting to try to take her first tentative steps without us too. 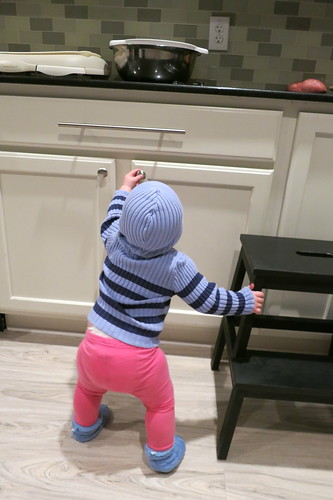 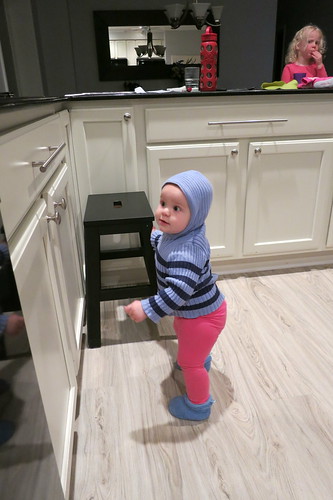 Audra is really interested in exploring our house, and is content to just head off to play in different rooms by herself or get into various things. Looking through the pictures from this week, I was struck by how many could be captioned "Audra getting into things", so here she is, getting into things :) 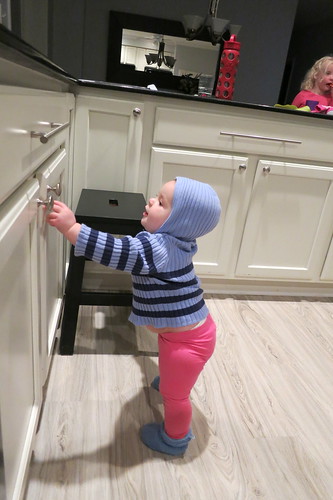 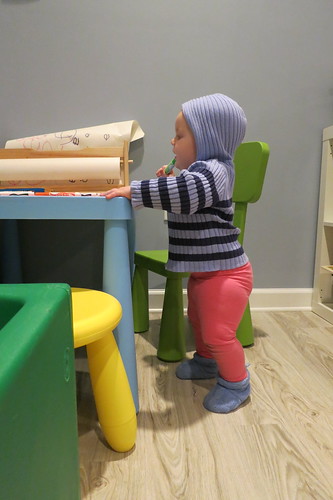 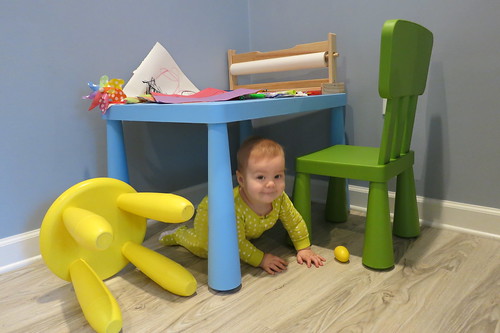 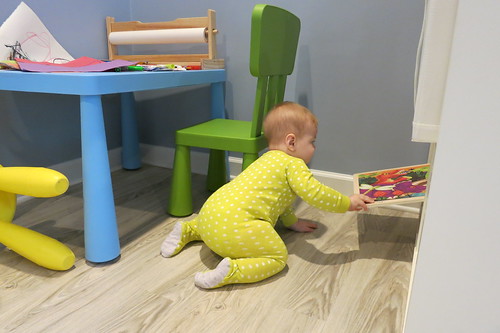 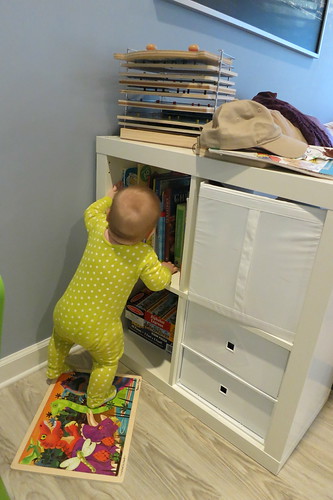 Audra seems to be understanding now to come to me when I hold out my hands to her, which I find absolutely endearing, for some reason :) She also is maybe giving hugs and kisses? She'll lay her head on me frequently now, but it's a little unclear if she's trying to give kisses or attempt CPR since she'll just come at my face open-mouthed - it's a little scary but still cute :) 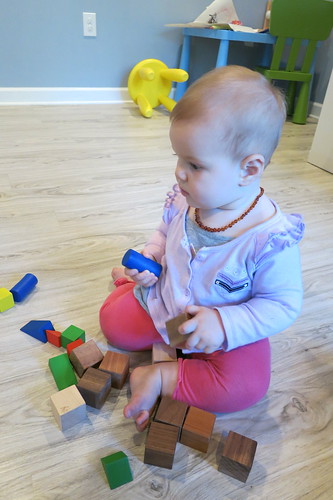 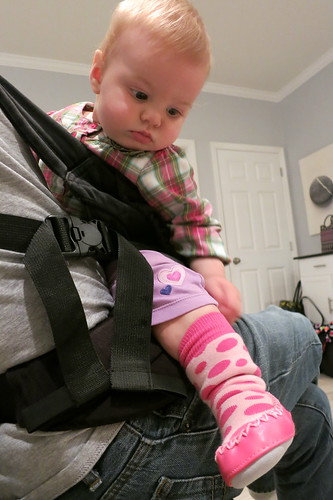 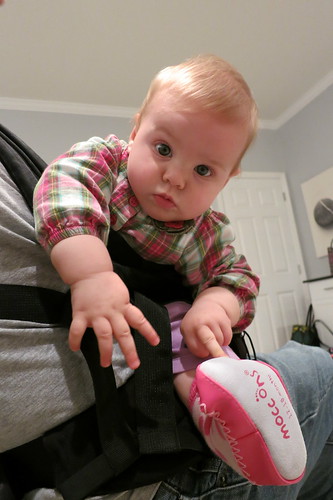 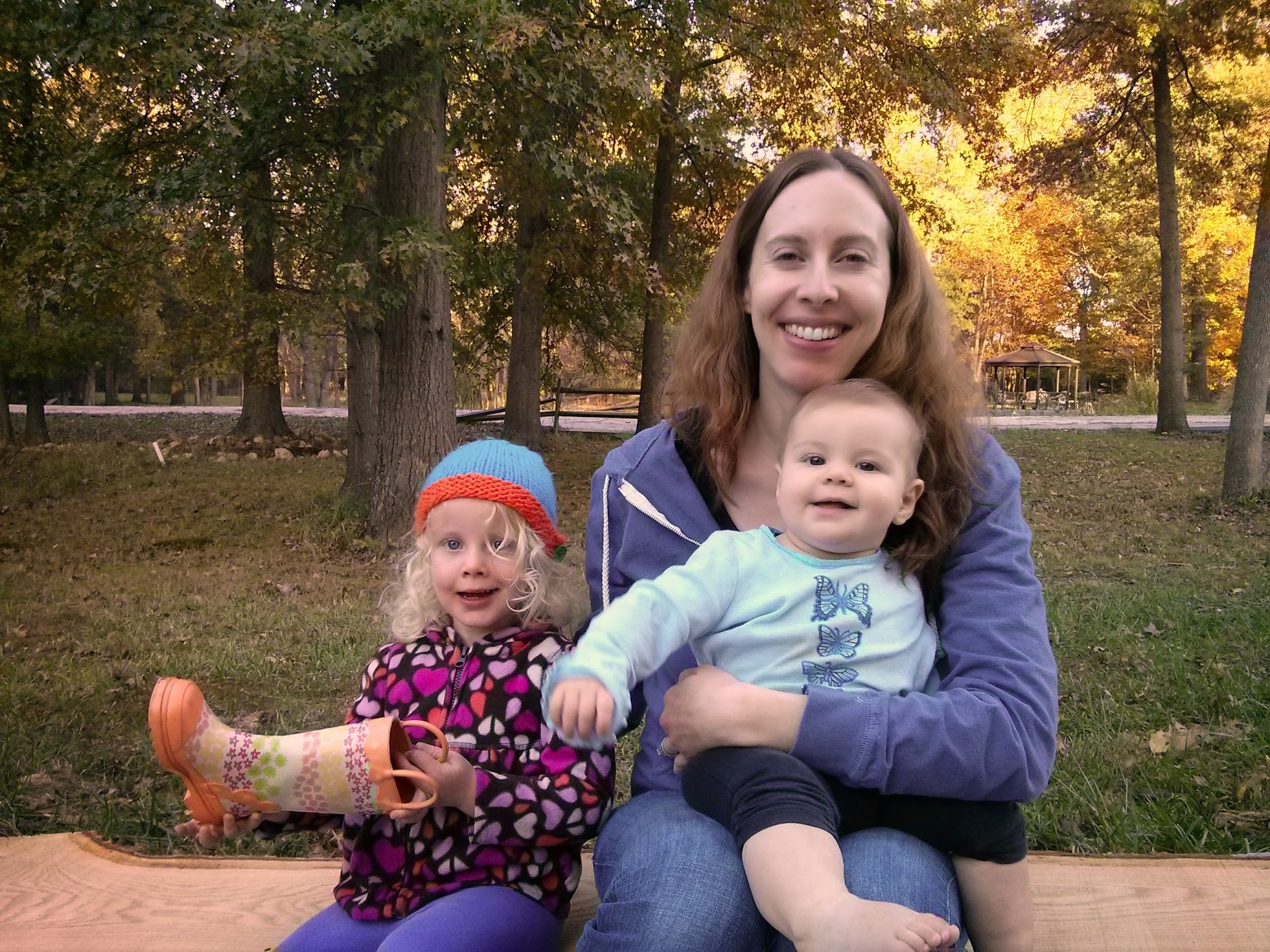