The big item for this week is that Audra has now started daycare, and Ryan and I are back to work. Audra had a half-day on Monday, which didn't go too well. I had told her daycare provider that I would pick her up around noon, but we could go longer if she was doing well... and I got the call at 11:45am asking me to come get her early :( She wasn't crying too hard, but still enough that we didn't want to make her go longer if it wasn't necessary, so I picked her up and she was awake for maybe 15 minutes before she conked out on me for the rest of the afternoon. She did much better on Tuesday though, still crying some in the morning and only sleeping a half hour at a time, but she was apparently soothed by a pacifier and being swaddled, and she had lots of smiles and kicking for me when I picked her up :) 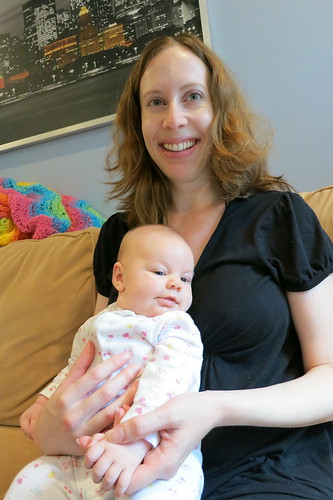 [All ready for her first day at daycare]

Audra had fought her first bottle at daycare but did better with the rest, once they figured out how she preferred to be fed (apparently the bouncy seat was preferable to being held). However, she was also very fussy, especially after eating, so I suspect she may be sensitive to something I'm eating and/or having some silent reflux issues. I had cut out dairy as soon as she was born, but will be trying to cut out the other common culprits (wheat, soy, peanuts, corn, eggs) as well as what Josie reacted to (strawberries, broccoli) to see if that helps, especially since I just started eating strawberries, which may have coincided with when she started getting fussy.

Oh, and how she has been fussy. The end of last week was actually really rough, as she had troubles napping (waking up as soon as she fell asleep and then crying), was still upset during and after nursing, and then had a few evenings of screaming to the point that her voice got hoarse again :( She's also still congested, so probably just doesn't feel that great to begin with, but we just tried to get her through it with comforting her as much as we could and wearing her for her naps, if that's what it took. She's doing much better now though - still some fussiness in the evenings, but no longer inconsolably crying at least.

I also wonder if her bedtime isn't quite right for her. We've basically been trying to keep her asleep/calm the last few hours of the day anyway, so now that she's waking up earlier for daycare and getting less sleep during the day, I'm going to try tinkering with her bedtime to see if an earlier one would work for her instead. She had been going to sleep around 9:30-10pm, and I tried putting her down an hour earlier last night (with only partial success), so we'll see where we end up in the next couple of weeks.

As for me, returning to work ended up being harder than expected. Since I was already working a few hours a week, I thought it would be a fairly easy transition since I was ready to jump back in with both feet once I started back full-time, and I've done the whole daycare thing before. If only it were that easy! Instead, I spent a good part of the time apart from Audra on Monday crying and moping since I missed her so much, and Tuesday I spent most of the day worried about her, given how Monday was a bit of a rough start for her at daycare. It's also been harder to be at work than I was expecting - obviously being able to have a cup of tea or meal or bathroom break whenever I want is nice, but I've just been a bit emotional about seemingly innocuous things: emails from before I went out on leave wishing me luck, the old familiarity of my "home away from home" (i.e., the mother's room). I know it will get easier and I just have to hang in there for now, but I also wonder if it's hitting me harder too since while it's a bit overwhelming to think how many months of disruption are ahead of me (re: pumping every two hours), it's also tinged with sentimentality since this is an inconvenience I'm happily undertaking for my last baby.

Ryan and I also had our various projects for while we were on leave, since there's something about having a baby that makes us reassess the stuff we have and what we want out of life ;) Oddly enough, after prepping the cloth diapers and gearing up to start using those for Audra, Ryan and I both decided we were ambivalent enough about them that we shouldn't bother incurring the extra laundry. So instead I've been working on selling those. Beyond that, my major "project" was just taking care of Audra, and apparently not doing anything that I planned to do, like reading a ton of books, catching up on TV shows, and doing a few Coursera classes. I guess that was a perk of staying in bed for the overnight feedings, since I was sleeping rather than doing all that stuff instead ;) And after talking about it for a couple of years, we finally got annoyed enough with our bank for Ryan to pull the trigger on switching over to a new bank (which ended up being a bigger deal in actuality than it may seem here). Besides that, Ryan has been working on a bunch of stuff for the house, but I'll save that for a separate house update post :)

This past weekend was also my first Mother's Day since completing our family :) We went out to eat with my mom and Ryan's family, and Audra slept through most of it while in the carrier. It was a fun day, and there was even a point later that afternoon when the four of us were piled in our bed, with half of the family crying (hint: it wasn't me or Ryan), and I was simultaneously exasperated by the crying and the messiness of this time in our lives, and yet still so grateful and happy to have the opportunity to mother these two little ones. 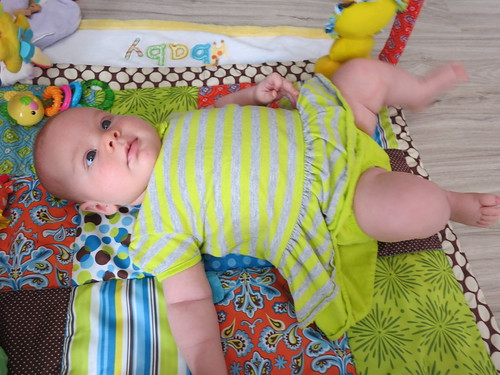 [Dressed up for Mother's Day] 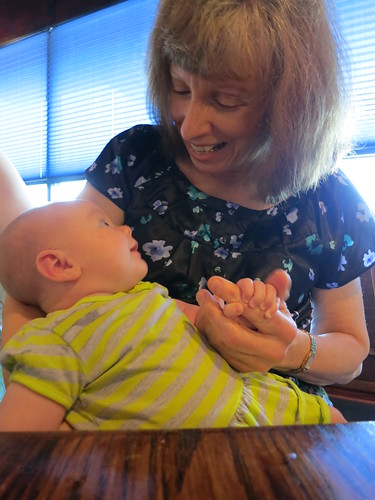 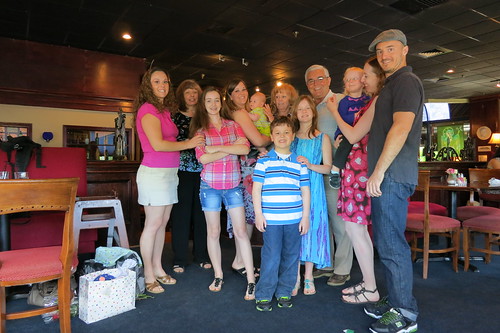 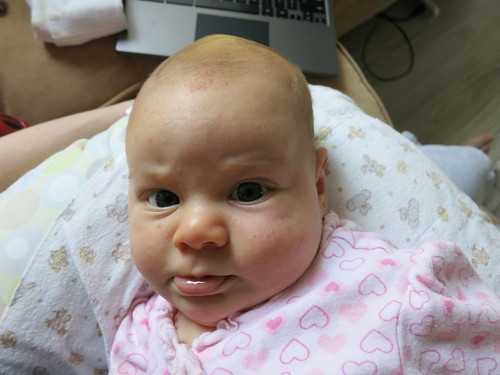 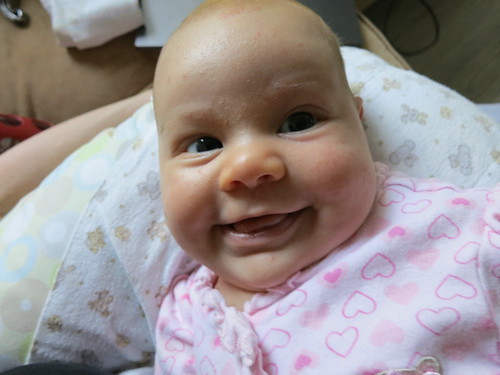 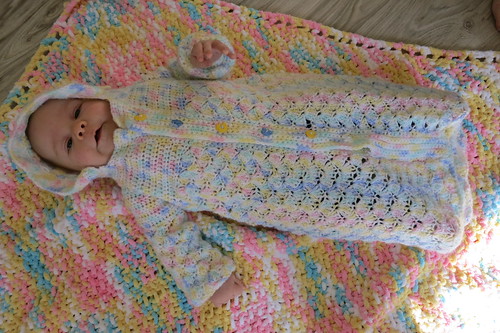 [With the blanket my mom made her and the outfit my aunt made her :)] 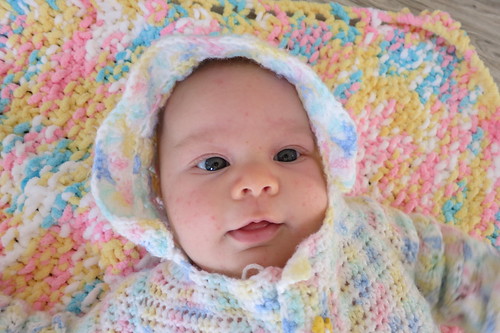 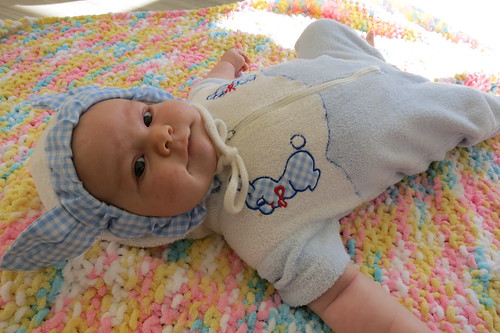