Last week was Audra's first Thanksgiving :) Anytime there are a bunch of willing arms to hold her and food to eat, she is generally a pretty happy camper, so she had a great time :) Although she did have a contact reaction to some of the food smeared on her face, but we're not really sure what caused it since there was so much food involved :-\ But we washed her face off and the redness cleared up eventually without any other issues, so that's good at least. 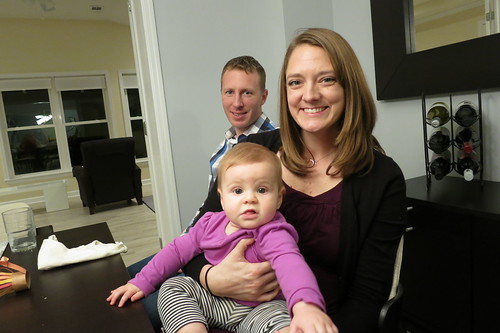 [With my brother and sister-in-law] 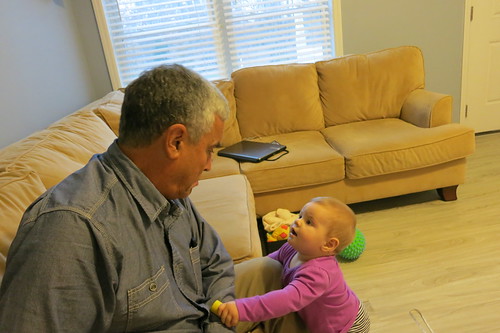 [Having a good talk with Ryan's dad] 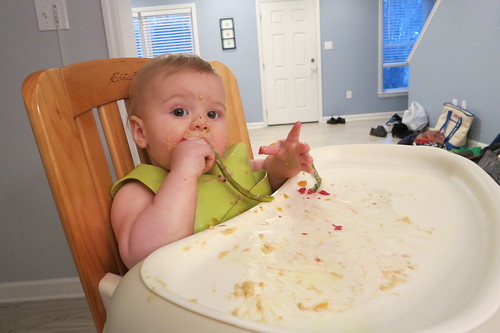 Audra seems to be developing some food preferences now, with hummus and really any kind of meat being at the top of the list, and green beans being towards the bottom (given how quickly they sail over the side of her tray). In addition to trying just about every Thanksgiving dish that didn't have dairy in it, she also helped Josie with her meal when we went out to eat that weekend, and had salmon, potatoes, and cauliflower without any problems. This kid just loves to eat, and it shows - I noticed the other day that her belly roll over her pants was actually casting a shadow ;)

Ryan and I got a greenhouse kit a couple of weeks ago, so we took advantage of both being off work the day after Thanksgiving to put it together.... except, 8 hours later, there was still a lot more work left to do on it. So with some help from Ryan's parents watching the kids on Sunday, and going out with one or both of the kids a couple of times over the weekend, we were able to get it as done as we can right now (we're still stuck on the window and door installation). Audra did super just hanging out in the carrier (as long as we kept moving!), providing encouragement for Ryan (by yelling DADADADADA!), and then helping do quality control inspection once we got all the panels installed. 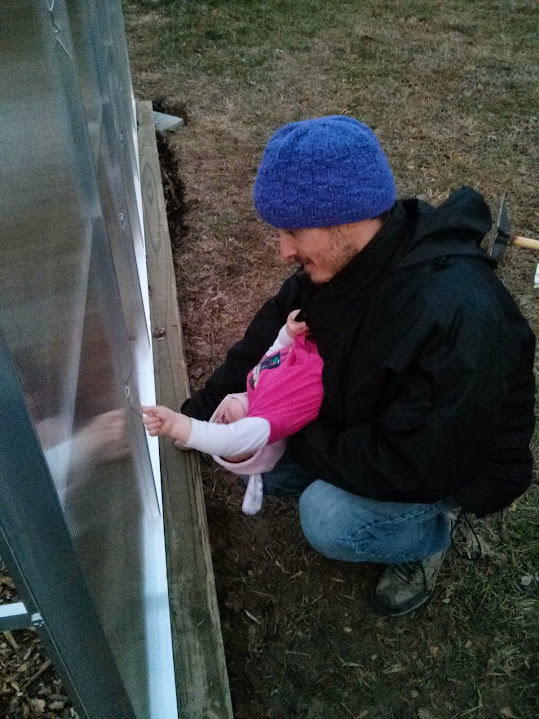 Audra is maybe starting to wave - or at least, is capable of doing the motion now, since she's deliberately opening and closing her fist. We're thinking of doing some baby sign language (just a handful of the more functional signs, like "milk", "food", "more", "all done"), and since that kind of waving is pretty similar to the sign for "milk", we're trying to teach her some signs now. She is also starting to throw books (and whatever else I give her) over the side of the change table as a game, since she'll immediately toss it over and then will give me a quizzical look (like "oh, look over there, however did that happen?") until I pick it up and give it back to her to throw again :)

For sleep, she did a few 3-hour stretches overnight, and is doing pretty well with naps at school (weekends are still a bit hit-or-miss). She's usually able to get herself back to sleep on her own at least once overnight without nursing, although it can be a bit harrowing for me to give her the opportunity to try, because she'll basically push herself up to crawl while she's mostly still asleep, falling over and laying still for a couple of seconds before getting back up again, and doing that a few times before finally going back to sleep after one of her collapses (or, alternately, getting more upset, which is when I take over again and nurse her back to sleep). She also tolerated not going for an evening walk/nap pretty well a couple of days during the week, so hopefully her ability to stay awake for longer is coinciding neatly with winter, when it's not quite so convenient for Ryan to take her outside in the cold and dark for walks. 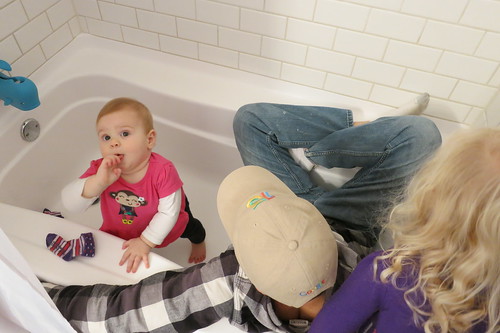 [The new favorite place to hang out] 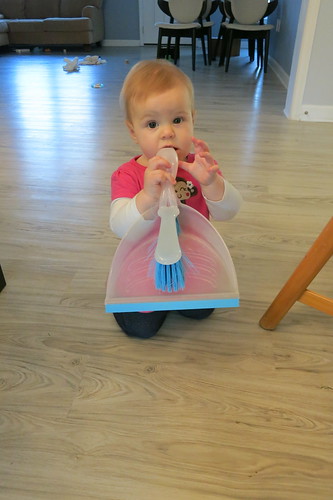 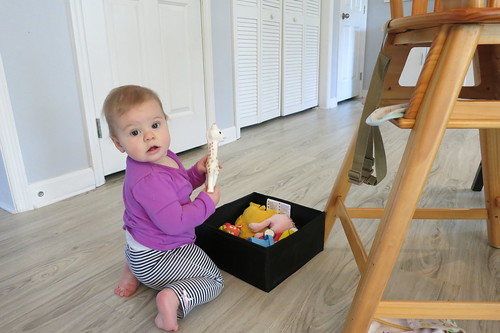 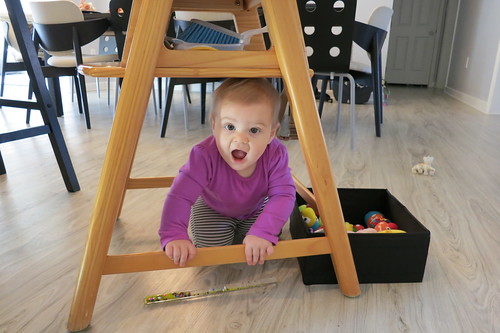 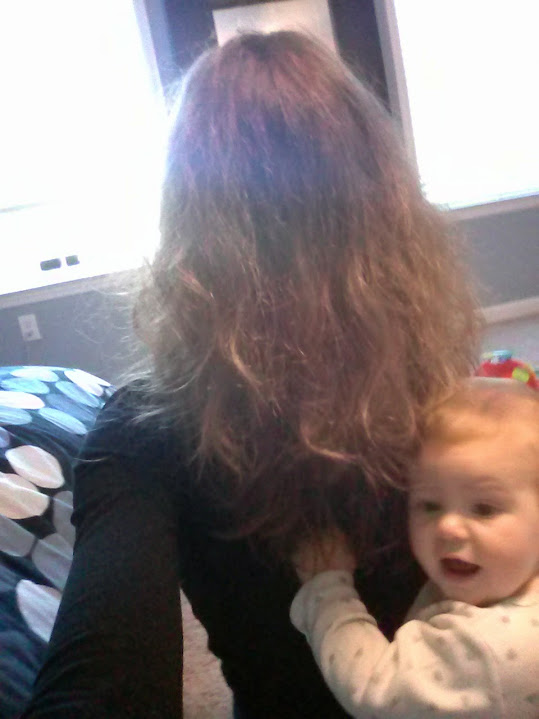 [After Audra painstakingly styled my hair for me - this is actually the front of my head!]
at 8:02 AM